Nigerian musician, professional dancer, and model, Korra Obidi , some hours ago got into a serious brawl with a police officer after she disobeyed traffic rules.

She also accused the officer of slapping her and smashing her phone. The police officer whom the dancer accused has however, responded to the accusation.

He shared a video which shows the dancer throwing punches at the crowd that gathered, and also a narration of his own side of the story. 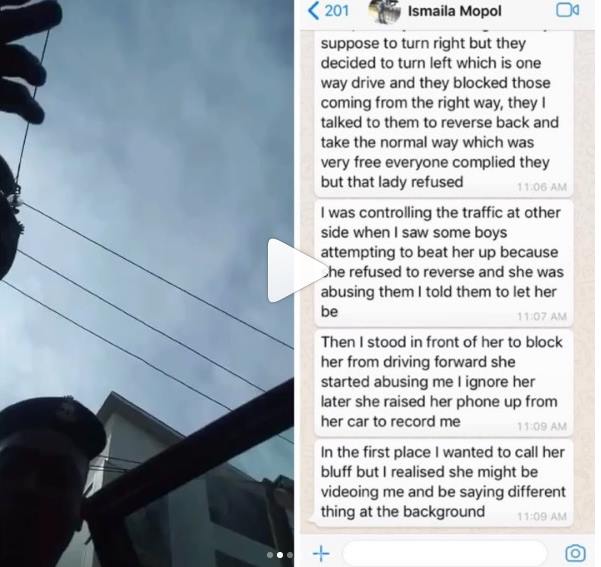 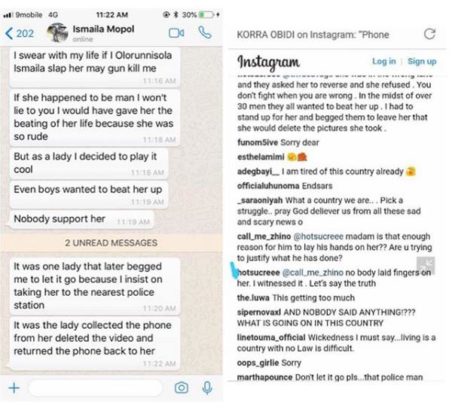 According to an eyewitness @Hotsucreee, Korra Obidi disobeyed the law enforcement officer when she was asked to reverse because she was going off her lane which would have added to the traffic the officers were trying to reduce. The eyewitness also pointed out that the dancer was not touched as claimed.

Also according to Tiwa Savage:
“she was in the wrong lane and they asked her to reverse and she refused . You don’t fight when you are wrong . In the midst of over 30 men they all wanted to beat her up . I had to stand up for her and begged them to leave her that she would delete the pictures she took.. No body laid fingers on her, I witnessed the incident, let’s say the truth.”

Korra Obidi has since been accused of giving false accusations.