Popular singer, recently had a sow in Poland and it is definitely an unforgettable experience. Beyonce had to be rescued by ladder after the stage which malfunctioned left her stranded. 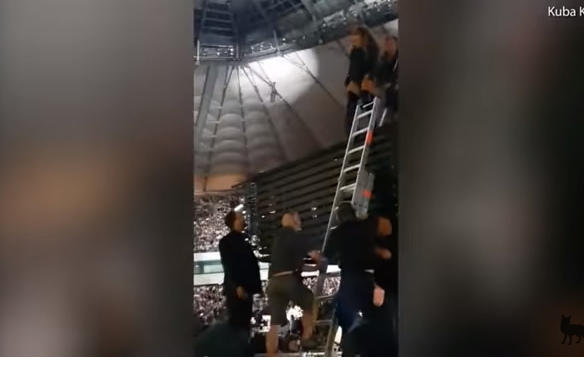 Beyonce who is currently on a joint tour with her husband, rapper Jay-Z suffered an embarrassing event during their Poland gig when an elaborate flying stage she was performing on broke.
The singer had to be rescued by a ladder in the middle of her show after getting stuck on stage due to a technical mishap.

In the video, the 36 yr old mother of three, who was wearing a thong leotard and thigh-high boots was assisted by her bodyguard as she made her way down from the flying stage through the ladder.