It is barely four days after the fuel tanker explosion that wreaked havoc in Lagos, and although some witnesses seem to think otherwise, the Lagos State Government yesterday disclosed that the death toll from the fuel tanker fire at Otedola Bridge has increased to 12. 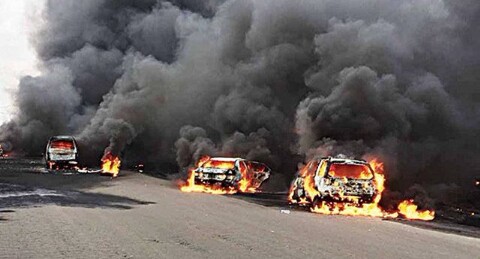 The State’s Commissioner for Health, Dr. Jide Idris hinted that the death toll increased due to level of burns suffered by the victims, saying, some of the victims sustained 90 percent degree of burns during the explosion.

Following this tragedy, fuel tankers have since been restricted to a designated trailer route in the state.