Chika Ike began her career as a model at age 16 just after graduating from secondary school. Then she began her film career in 2005.

She founded her production company – Chika Ike Production, in 2014, and produced her first movie Miss Teacher and her reality TV game show African Diva Reality TV Show of which she is the executive producer, host and a member of the judging panel.
In 2011, Chika Ike founded her fashion line Fancy Nancy and launched it in Abuja, Nigeria. 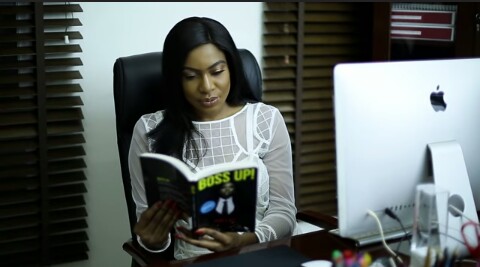 The actress, who has been in abusive relationships, expatiated more on her experience in her new book ” Boss up”. Having been a victim of domestic violence, she opened up about how she was domestically abused in her past marriage. She filed for divorce due to domestic violence in 2013.

Chika Ike encourages and advises people on how to overcome life challenges in her new book.

BURNA BOY IS A YEAR OLDE