Following the mini protest and outcry against tankers on the road, the Lagos State Government has announced a restriction of the movement of fuel tankers to designated trailer route in the state. 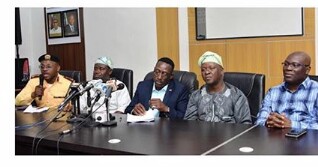 This is also following the tragic tanker explosion on Otedola Bridge inward Ojodu Berger along Lagos-Ibadan Expressway on Thursday, June 28, which claimed lives and property. .

The state government also said it was now mandatory for all articulated trucks coming into Lagos to obtain the Ministry of Transportation’s Road Worthiness Certificate at any of the designated centres within the next 30 days. .

The State’s Commissioner for Transportation, Ladi Lawanson made this announcement in Alausa after meeting with all the relevant stakeholders including Nigeria Union of Petroleum and Natural Gas Workers (NUPENG), Association of Maritime Truck Owners (AMATO), Petroleum Tanker Drivers (PTD), National Association of Transport Operators (NATO), Container Truck Owners Association of Nigeria, among others.

Niniola is taking over on the cover ...