“The enemy of my enemy is my friend”. That was the slogan of the day at the This Is Naija fan park in Port Harcourt yesterday, 30th June 2018.

Bearing deep grudges from the Nigerian team’s loss to Argentina on Tuesday, June 26, Port Harcourt fans understandably in their thirst for vengeance supported the French team. However, the Messi faithful Refused to be intimidated, for despite being outnumbered, they showed up to support their legend.

The sitting arrangement at the fan park was designed such that the French supporters sat on the right while the Argentina supporters sat on the left. The french drew the first blood through Atletico Madrid’s talisman Antoine Griezmann who sent the keeper the wrong way to bury a penalty and the French side who were the majority celebrated while trolling the Argentine supporters. That did not last long though Angel Di Maria pulled one from the top drawer to level the game and the Argentine side returned the trolling favor. 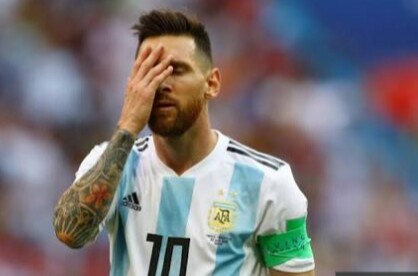 The second half saw Argentina take the lead but it did not last long as French Teenager, Mbappe restored parity. Further goals came from the French side who sealed their quarter final place by running out 4-3 winners and the Port Harcourt fans were delighted as they finally got the revenge they were after.

Even though the national team has been eliminated from the tournament, This Is Naija fan parks are still open to football lovers across the country as well as on mobile through the Kwese iflix app. Catch all the actions of the Mundial at the fan parks and on the app because as a football lover, no elimination can stop our love and passion for the beautiful game. After-all as we proudly say; ”This Is Naija, Where Football Lives”

AFRICA! Here Are Your Nominees for the ...