Morocco Lodges official Complain to FIFA, accuses VAR of being used to favour some Teams 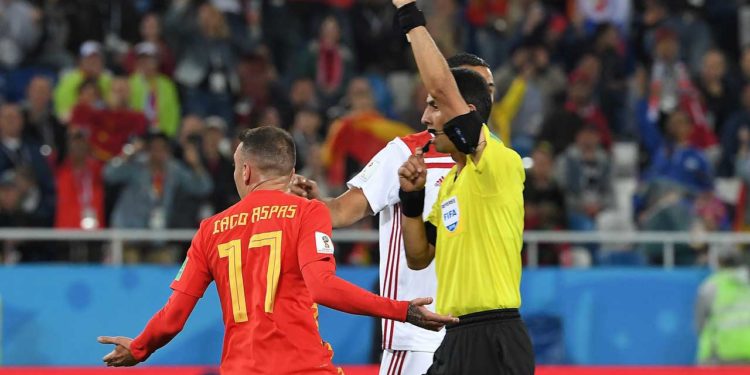 Morocco has accused the Video Assistant Referee (VAR) of being used to favour their opponents, and was one of the reasons the team was unable to qualify for the next round of the world cup.

Other African teams like Nigeria and Senegal also have reasons to believe injustice, through VAR, was melted out to them, but Morocco is the first team to officially lodge a complain to the World Governing body.

The North Africans who were in Group B with Spain and Portugal said serious and repeated errors led to its inability to advance to the second round, as that VAR was used to favour its opponents.

Senegal Crashes Out of World Cup

In a letter sent to FIFA President, Gianni Infantino, Morocco said: “We want to express our indignation at the injustice suffered by our national team, following serious refereeing errors that led to [the team’s] premature exit from the first round of the 2018 World Cup.”

“The severity of these refereeing errors is all the more evident in the fact that in these two matches [against Portugal and against Spain], the use of VAR served only to preserve the interests of our competitors.”

The President also had issues with the manner of Spain’s equalizer in the dying minutes of their match against the former Champions, and with Ronaldo’s opener in their second game.

“With what has happened we can only express our serious concern at the persistence of these injustices and the negative impact on the image of FIFA and the future of football,” he said.

The statement also wants FIFA to “take the necessary measures and make the necessary adjustments in order to repair these injustices and guarantee the conditions of a competition with equal opportunities for all teams.”