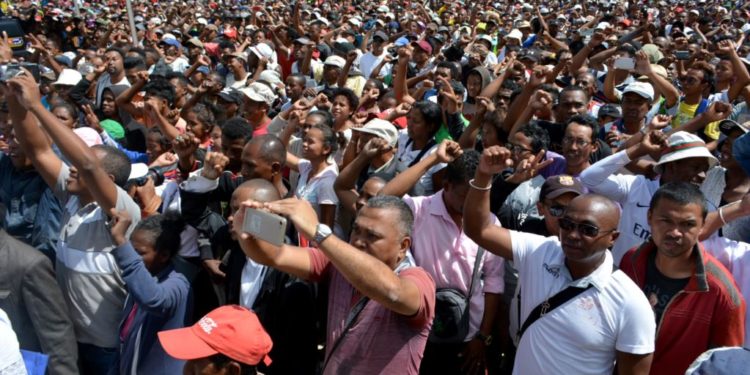 Madagascar will hold a presidential election on November 7 following street protests that erupted after President Hery Rajaonarimampianina tried to change electoral laws many felt were geared to favor his own party.

A Caretaker Government was announced on June 11 by Rajaonarimampianina after Court rulings overturned his proposal.

Prime Minister Christian Ntsay said: “There was a cabinet meeting today and the government took the decision that the first round of the presidential election would be on November 7, and the second round on December 19,” Ntsay told journalists following Friday’s meeting.

“I hope that the announcement of these dates will help strengthen the political compromise and deliver legitimate elections that will resolve Madagascar’s problems.”

A second round of voting will be held on December, 19 if no candidate wins an outright majority, the Prime Minister added.

Ntsay, was announced as Prime minister on June, 4 in a move ordered by the court, and to please opposition.

The court ruling required Ministries to be shared according to composition after the polls of 2013, but that has only caused further strife, as the opposition has accused the move of being hijacked by old faces tainted with Corruption.

Key Ministries like defence and Finance still remain under Rajaonarimampianina and his party, HVM’s control.

Madagascar, a former French colony, is an island with a population of 25 million, and has endured political uncertainty for decades. Rajaonarimampianina himself came into power in a coup that ousted his predecessor.

It isn’t clear yet if President Rajaonarimampianina will seek re-election in the polls in November.

Opposition figures like Marc Ravalomanana and Andry Rajoelina, have indicated their interest to run for election in the coming polls.

IMAM HIDE 262 PEOPLE INSIDE MOSQUE DURING ...