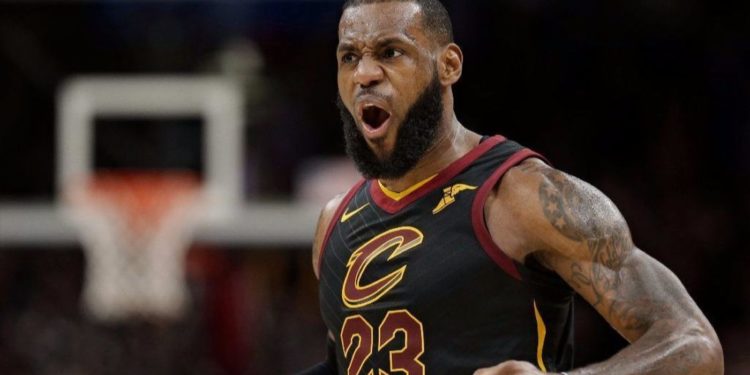 Four time NBA Most Valuable player, Lebron James is apparently headed into unrestricted free agency this summer, according to multiple sources, including USA Today and ESPN.

NBA players had until 11:59 p.m to state if they wanted to be free agents ahead of free agency opening Sunday. It now looks as if the 3 times NBA winner has declined a $35.6 million contract to stay with the Cavs next season. With the move, there are a lot of aces falling with with numerous teams, including the Lakers and Houston Rockets willing to sign the 15 years NBA veteran.

Other free agents include Paul George and Chris Paul.

The decision to opt out doesn’t mean it is the end of the relationship with the Cavs, it means it gives the Superstar more option, which includes a five year offer of $209 million should the Cavs want to resign him.

The move is bad news for Houston Rockets, who have been priced out of James, as they can’t afford him with the roster they already have. The opposite is the case for the Lakers who can offer James big bucks as they have the salary space for him and another Super-star in a bid to build a Superteam that may Include Lebron’s close friend Paul George and Kawhi Leonard whose relationship with San Antonio Spurs is almost unattainable.

James has stated that his family will play a huge role in his decision, and revealed leaving the Cavs for a second time won’t be as easy as the first.

He said: “My relationship with Northeast Ohio is bigger than basketball. I didn’t realize that four years ago. I do now.”