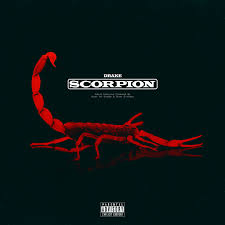 The album’s guest includes Jay Z, Ty Dolla $ign, and Static Major. A previously unreleased vocal by the late Michael Jackson also made it ways into the album. The album was produced by his usual collaborators Noah “40” Shebib and Boi-1da.

The album comes aftermath of the Artiste’s beef with GOOD Music CEO, Pusha T, where the later revealed Drake has a Child he was hiding. The album is filled with revelation, from the acceptance that he has a child, to the fact he reads the comment section of posts, and most of them are not too pleasing for him.

He even attached a small write-up to the album, filled with some of the negative comments like DRAKE IS FINISHED, DRAKE IS A POP ARTIST, etc.

If you are waiting for a reply for Pusha-T and Kanye West, you would have to wait longer.

Drake finally reveals he has a Son ...