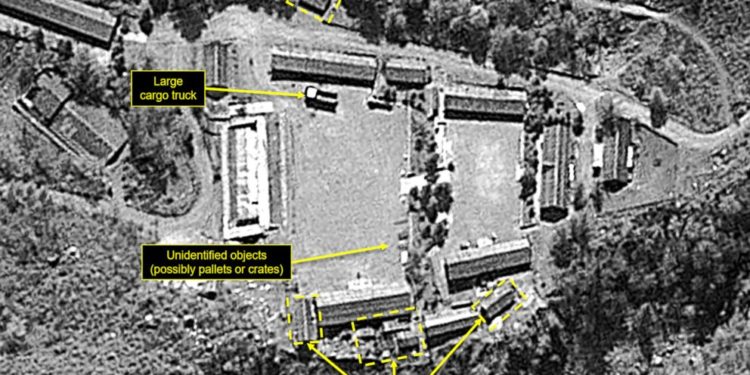 A recent Satellite Imagery has showed North Korea is still building on their Nuclear site at a rapid pace, and evem involves further infrastructural development.

The US and North Korea had earlier entered into an agreement that, according to the US. President involves total denuclarisation of North Korea at a an heavily publicised summit in Singapore last month. The summit though failed to state in detail what the term means nor state a specific timeline for it.

A monitor believes North Korea is doing the opposite though, even though Kim Jong Un promised to do so at the summit.

“Commercial satellite imagery from June 21 indicates that improvements to the infrastructure at Yongbyon Nuclear Scientific Research Center are continuing at a rapid pace,”

New infrastructure at the site includes an Engineering office, a driveway and a building

Last Friday, the Trump administration announce an extension of old sanctions against North Korea citing “extraordinary threat” in a move that shows a divide between what was said at the summit and reality.

The Trump administration has also stopped the US. Joint drill with South Korea in a surprise move that has left many in shock, and has provided little reason for doing so.

Loew won’t be sacked even if Germany ...

Germany Crashes out of World Cup After ...