I could almost hear the collective sigh of 180 million people as Rojo scored Argentina’s winning goal. A sigh followed by complete silence, and finally, acceptance of defeat.

But the Eagles can hold their heads high.  They can sleep well, if that’s possible after the disappointment of the night, knowing they gave their best and flew the flag with pride and honour.

They may have finished with clipped wings, but at least they flew, even if for just brief a moment. They soared and fought gallantly.

The Nigerians went into the game knowing a point would be enough to see them through to the next round in place of the Argentines who needed an outright win to stand a chance of qualification to the round of 16. During large period in the first round, the Nigerians looked as if the occasion was too big for them, and Messi duly punished them. Receiving a lofted ball from Banaga, he brought it down with his thighs before slotting it past the hapless Edoho in goal. 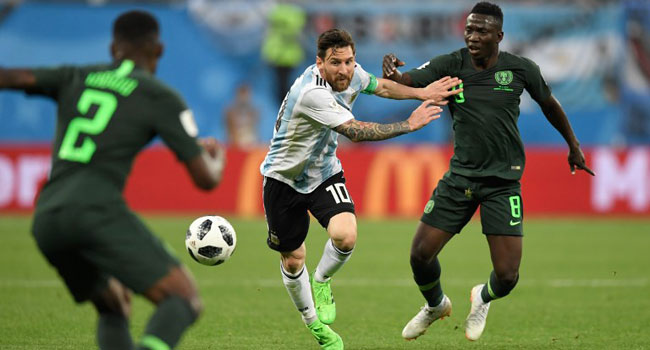 Nigeria equalised through Moses after a penalty was given against Maserano, and the super Eagles seems to be cruising for the result they wanted, until Rojo scored the winning goal with four minutes remaining in the match to seal the fate of both teams. Argentina have now qualified why Nigeria will prepare for an early trip home.