Germany Crashes out of World Cup After Embarrassing Defeat Against Korea

Defending Champion and World number one team, Germany, have crashed out of the World Cup after losing 2-0 against South Korea in a group E.

They Join France, Italy and Spain as defending Champions who have been unable to navigate out of the Group stages four years after winning the cup.

It is also the first time in 17 tournaments that the Germans have failed to leave the group stages, making this the worst performance in a major tournament for the Germans in more than a generation.

Joachim Loew’s team knew they needed a win to stand a chance of qualifying and from the get to, they attacked the Koreans, who hitherto had been the whipping boys of the group having lost to both Mexico and Sweden. The Korean keeper stood tall, and the Germans were also guilty of profligacy in front of goal, especially Hummels who missed the chance to give them the lead, with an open goal begging. 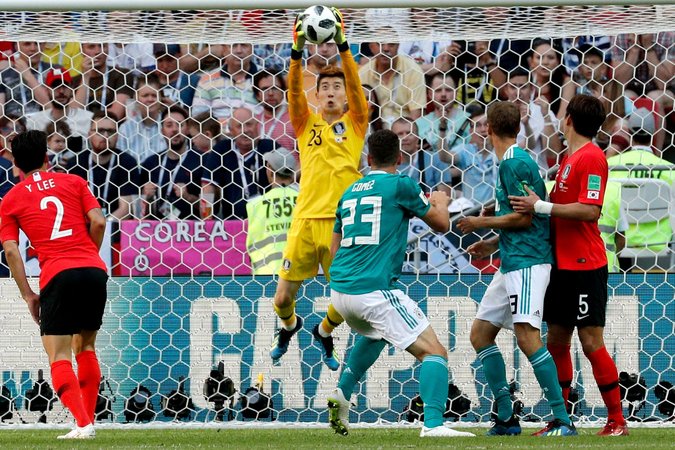 Goalkeeper Jo Hyeon-woo of South Korea makes a save against Germany in the second half. Credit Sergey Dolzhenko/EPA-EFE/Rex, via Shutterstock

With the minutes winding down, the Koreans stuck in stoppage time through Tottenham’s Son and Kim Young-gwon.

The team, who started the tournament a bit of controversy when Manchester City forward Sane was left at home, ended it with massive disappointment.