Nigerian captain, Mikel Obi believes the Argentine Superstar, Lionel Messi took something from him 13 years ago, and he hasn’t forgotten.

The former Chelsea midfielder said: “Yeah, Messi stole the Golden Ball off me,”

This happened in 2005 during the World Youth Championship final between Nigeria and Argentina, where a Messi inspired Argentina defeated the Nigerians 2-1 to clinch the trophy.

Mikel remembers it vividly: “Before the game people said that I was going to win the Golden Ball for being the player of the tournament,” Mikel says. “But then Messi scored twice, both of them penalties, Argentina won 2-1 and I got the Silver Ball. Messi has kept on stealing awards from me!” 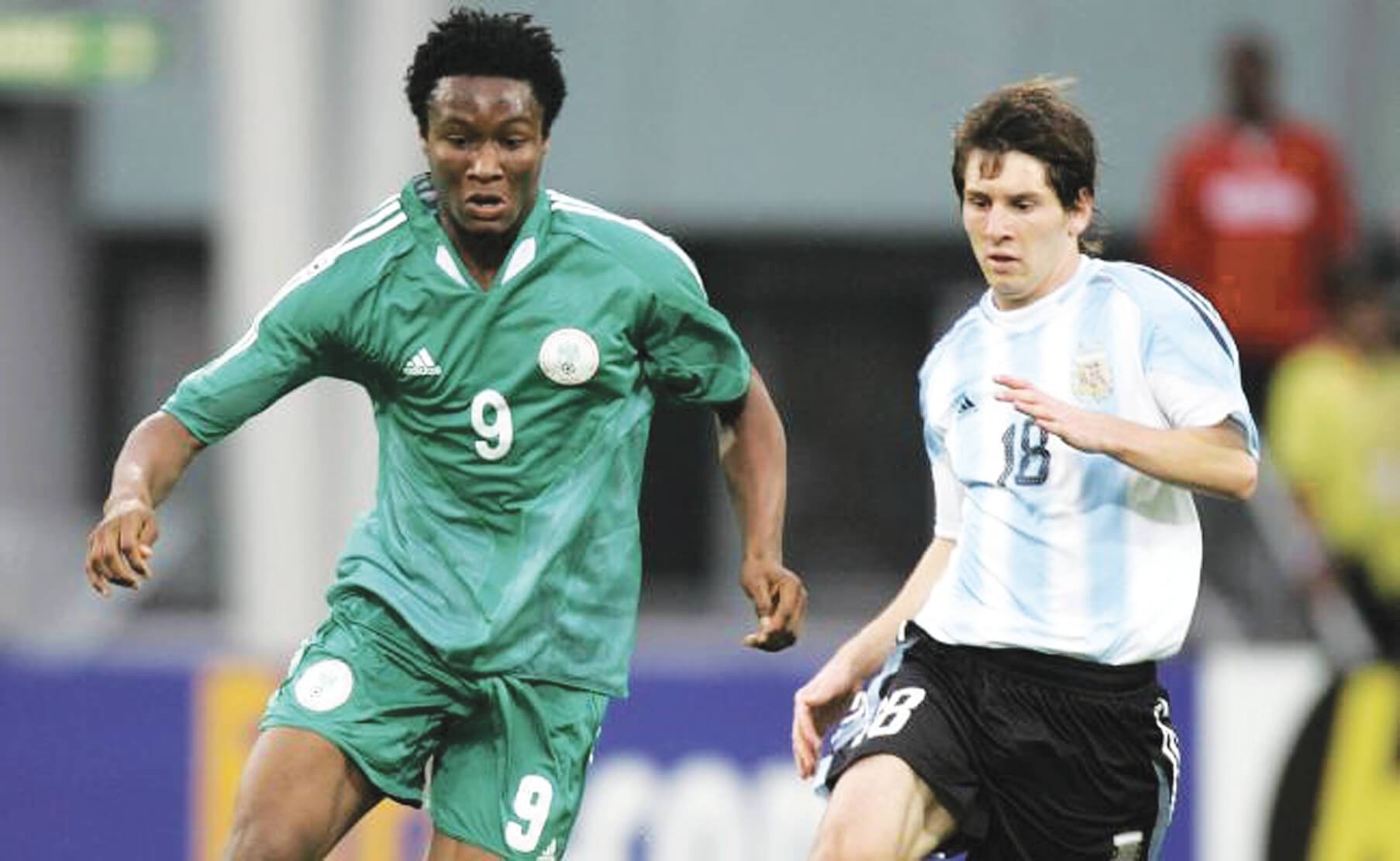 Messi and Argentina haven’t stopped playing with the Eagles though. The two teams have become somewhat of a recurring fixture at the World Cup having met on four different occasions, with the South Americans coming out tops on all. The last time they met at the World Cup was in Brazil four years ago, and Messi, again scored two goals to propel Argentina to a 3-2 win over Nigeria.

A certain Musa also scored a brace on the day and the Eagles will look to use his pace to unsettle an Argentine spine that looked already crooked.

Nigeria also beat Argentina 4-2 in a world cup warm up match last year, but the team was without Messi.

“A certain human being wasn’t playing,” Mikel says. “Actually, is he even a human being? Messi is Messi. He decides games and the last time we met he scored two against us at the Brazil World Cup. Without him, they are definitely less of a team. We can’t put all our attention on Messi but he is the man that we need to stop. Do we have to put somebody to mark him? Maybe yes, maybe no because when you do that you are playing with less balance.”

The match between the two teams is a mouth watering one, which promises to be explosive as both teams need a result to qualify. Nigeria heads into the encounter on 3 points having lost to Croatia and defeated Iceland, while Argentina, with Messi underwhelming, have a lone point, and sits at the bottom of the group.