Former Edo State Governor Adams Oshiomole has emerged as the Chairman of the ruling party, APC, according to Abubakar Baderu, Chairman of the party’s National Convention Committee. 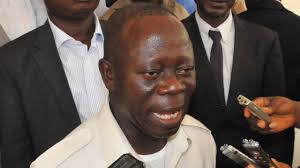 Abubakar said: “Adams Oshiomhole has been returned unopposed for the position of national chairman, there will be no election. So, I will ask you if you affirm him as chairman, you answer ‘affirm’ or say  ‘aye’ when I ask for affirmation.”
Prof. Osareimen Osunbor, Clement Ebri and Ibrahim Emokpai, who had expressed interest in contesting against Oshiomhole, all pulled out of the race before the convention.
Meanwhile, Baraje and some others believe it is the beginning of the end for the party.  Baraje who is part of a fraction in the party insists he is part of the party, and that his presence at the convention was to show his loyalty.
He said: 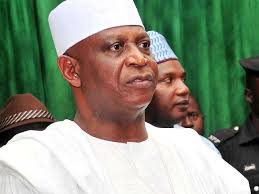