Elections in Zimbabwe to go ahead despite attack on President

Zimbabwe’s President Emmerson Mnangagwa says elections will go ahead as planned on 30 July, despite the blast at a rally he attended in the city of Bulawayo, which many believed targeted the President. 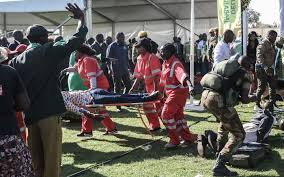 Forty-one people sustained degrees of injury after the blast went off as Mr. Mnangagwa was leaving the stage.

Security officials have vowed to review the details in a bid to get to the bottom of the situation and hopefully unravel those behind the attack. 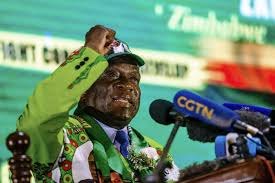 The election is the first since former President and strongman Robert Mugabe was ousted. The latest event comes amidst fears in some quarters that the elections could lead to violence in many areas, but the President was quick to come out to assuage his countrymen that the elections will be peaceful.

Reenacting what happened, Mr Mnangagwa said the blast “exploded a few inches away from me – but it is not my time”.

He has also called for unity.

amongst those hurt from the attack were two vice-presidents, and the Zanu-PF party chairwoman.

Saudi Women Can Now Drive, But it ...

England Qualify for second round after walloping ...