Carl Ikeme Reveals his Cancer is in Complete Remission

The Nigerian, who was diagnosed with acute leukaemia last year, and have spent the last 12 months in treatment took to social media to announce he was now in recovery. 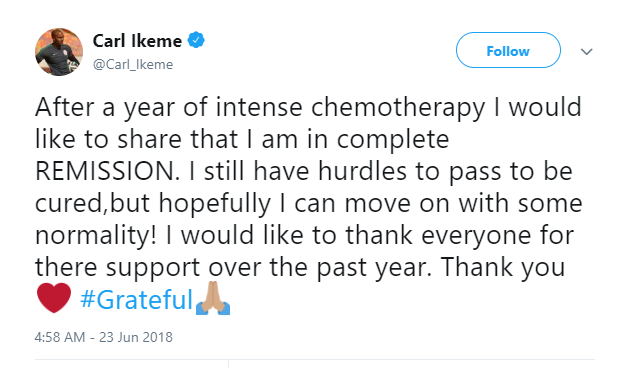 He posted: “After a tough year and intense chemotherapy throughout, I would like to let everyone know I am in complete Remission.”

He continued: “I still have hurdles to get over to be cured but I can hopefully now move forward with some normality.”

“I would like to thank my family and friends to start with who have gone above and beyond for me.”

“The support I have received from Wolves/Nigeria, the football world and from people from all over the world has been hard to put into words.” 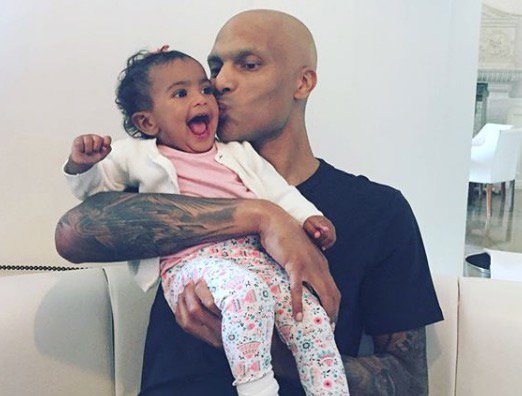 This is further good news for the Nigerian football family who also beat Iceland 2-0 in their second group match at the ongoing world cup to further boost their chances of qualification.