The death of PUNCH Nigeria Limited Chairman, Gbadebowale Aboderin has been announced. He died at 6:05am on Wednesday following a heart surgery at First Cardiology Consultants, Lagos. He was 60. 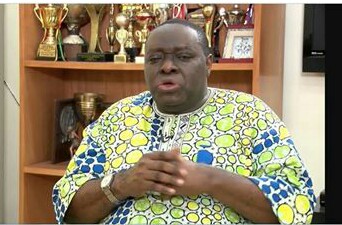 The Nigerian Press Organisation (NPO), consisting of the Newspaper Proprietors’ Association of Nigeria (NPAN), the Nigerian Guild of Editors (NGE) and the Nigeria Union of Journalists (NUJ), has also commiserated with the late family.

He was the founder and chairman of Dolphins Female Basketball Foundation, a former chairman of the Lagos State Basketball Association and a one-time vice-president of the Nigerian Basketball Supporters Club.

Wale’s father, Olu Aboderin, who co-founded The Punch, along with “Uncle” Sam Amuka-Pemu, also died in February 1984 – six months before his 60th birthday.

He is survived by his wife, Titilayo, and children.

But, in a statement by his Senior Special Assistant on Media and publicity, Garba Shehu, Buhari commiserated with all members of NPAN, the media and sports industry on the death of the respected entrepreneur and philanthropist.

The President said Aboderin, who was greatly admired by his peers in the media and sports industry, would be long remembered for his resourcefulness, managerial proficiency and invaluable contributions to the growth of the sectors.

Buhari prayed that God Almighty would comfort all who mourn the late Aboderin and grant his soul eternal rest.
May his soul rest in peace.