During his Happy Boy tour dates the Nigerian born Eazi has been giving fans a sneak peak of the track which is already shutting down sets across Europe. ‘London Town’ will be ringing off from Lagos to London. 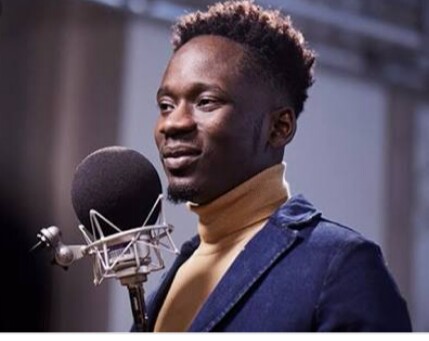 Mr Eazi, who has been cementing his Uncle London status within the UK with chart topping hits such as Decline, Bad and Bad Vibe, now the Happy Boy is ready to give us a sneak peak of his forthcoming EP with the banger ‘London Town’ featuring UK rapper The Landlord Giggs. Production duo Da Beatfreakz provide a hard beat that features a heavyweight verse from Giggs and sees Mr Eazi switch his style from laidback melodies to hard flows and back to back bars. This switch perfectly echoes the culture shifts from Lagos to London

This single, his first release since signing a label licensing deal recently with Universal Music Group Africa, is influenced by the close trans-Atlantic relationship between Lagos and London with ‘London Town’ capturing the essence of London from a Nigerian’s perspective.

Nigerian Mr Eazi is the pioneer of Banku Music, which he describes as a fusion of Ghanaian bounce, Ghanaian Highlife, Nigerian Chord progressions and Nigerian patterns. ‘London Town’ off his upcoming EP ‘Life is Eazi, Vol. 2 – Lagos to London’ captures this fusion with a British influence from Giggs reflecting a new sound that will interconnect Lagos to London without a visa. ‘London Town’ is set to be an anthem in the UK Capital!