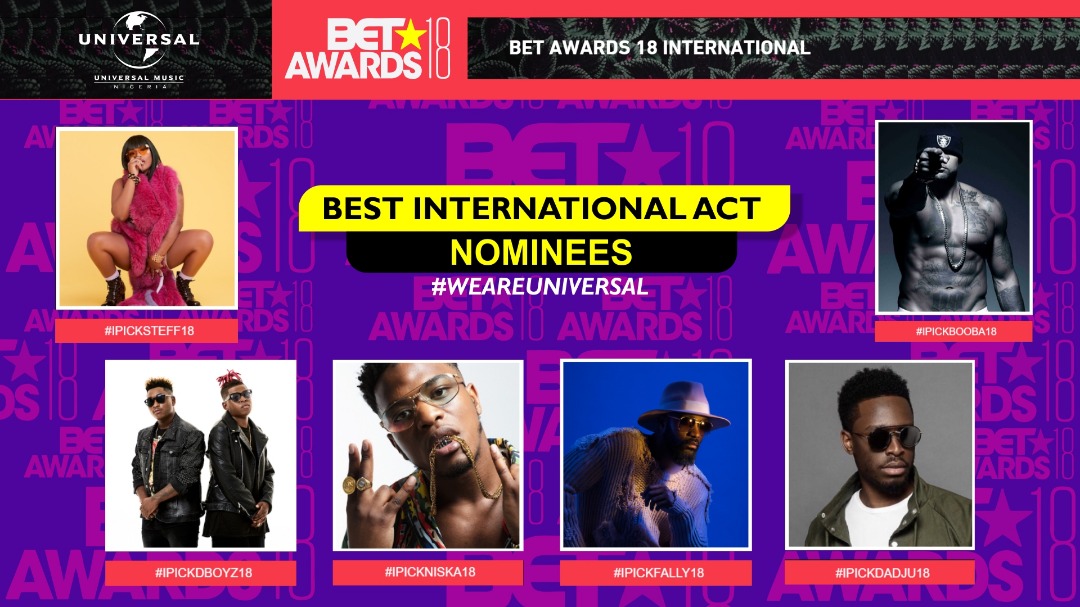 Famous for the smash hit, ‘Wololo’, the Durban based Distruction Boyz have pushed gqom music to the mainstream with their Gold selling debut album, ‘Gqom is the Future’, which features another hit single, ‘Omunye’.

The BET nominations which are selected from thousands of submissions across 20 categories, showcase some of the most gifted music makers of the past awards year. The nominations are selected by BET’s Voting Academy, which comprises fans and an esteemed group of entertainment professionals in the fields of television, film, music, social media, digital marketing, sports journalism, public relations, and the creative arts.

The BET awards are voted for by the public with an interest in all genres made by black people. Voting closes on June 1, 2018, and the show will air live on BET on Sunday, June 24, 2018, from the Microsoft Theatre, Los Angeles, California, United States.

Universal Music Group (UMG) is the world leader in music-based entertainment, with a broad array of businesses engaged in recorded music, music publishing, merchandising and audiovisual content in more than 60 countries. Featuring the most comprehensive catalog of recordings and songs across every musical genre, UMG identifies and develops artists and produces and distributes the most critically acclaimed and commercially successful music in the world. Committed to artistry, innovation and entrepreneurship, UMG fosters the development of services, platforms and business models in order to broaden artistic and commercial opportunities for our artists and create new experiences for fans. Universal Music Group is a Vivendi company. Find out more at: http://www.universalmusic.com.