Meghan Markle has confirmed it, that her father won’t attend the royal wedding.

The American actress has confirmed that her father, Thomas Markle, will not be attending her wedding to Britain’s Prince Harry on Saturday. 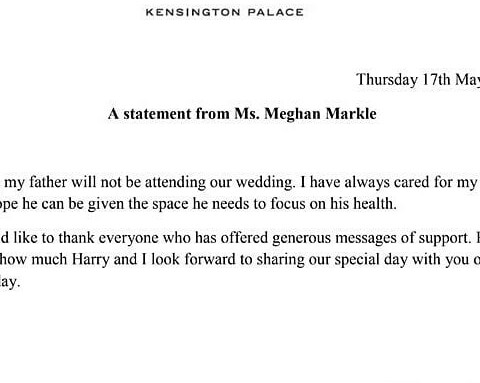 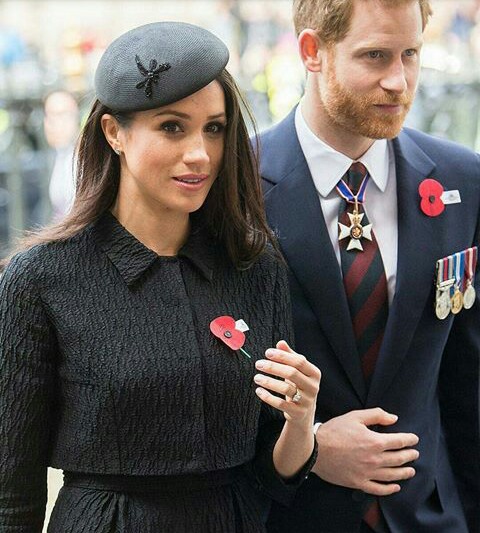 Her statement reads:
“Sadly, my father will not be attending our wedding. I have always cared for my father and hope he can be given the space he needs to focus on his health,” Meghan Markle said in a statement provided by Kensington Palace Thursday.
“I would like to thank everyone who has offered generous messages of support. Please know how much Harry and I look forward to sharing our special day with you on Saturday.”
The statement is the first official confirmation that Thomas Markle would not be able to walk his daughter down the aisle at St George’s Chapel at Windsor Castle on Saturday.
CNN has learned that Markle has been in contact with her father in recent days, who told her that he was unable to attend the wedding on medical advice.

Kensington Palace has faced criticism for not doing enough to protect Thomas Markle from the inevitable glare of publicity that would come with the situation. In particular, some royal commentators have suggested that the royal family ought to have sent a “minder” to look after Markle in the weeks running up to the wedding.
The royal family never discusses such arrangements publicly, but CNN has learned that Kensington Palace has been offering advice and providing practical support in protecting Thomas Markle’s security and privacy since after the couple met in 2016.
Kensington Palace did not say who would walk Meghan Markle down the aisle, but Meghan Markle’s mother, Doria Ragland, arrived in London on Wednesday and will be a leading candidate.
Another possible stand-in would be Prince Charles, Meghan’s future father-in-law.

Thomas Markle had first said he would not attend to save his daughter embarrassment. Then he appeared to have a change of heart: “I hate the idea of missing one of the greatest moments in history and walking my daughter down the aisle,” he was quoted as saying.

Later and finally, he said he had been forced to undergo heart surgery and would not be able to attend the wedding as it would take a long time to heal.

ITS A YEAR TODAY SINCE MOJI OLAIYA ...