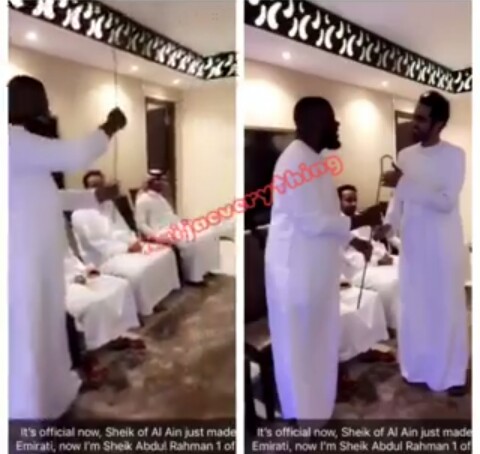 Hushpuppi officially became a sheik some days ago and he was initiated by sheik Al Ain. According to him, he is now sheik Abdul Rahman 1.

Hushpuppi is best known for his luxurious lifestyle which he lives both home and abroad as well as for his love for Gucci.

Congratulations to Hushpuppi, the new sheik.