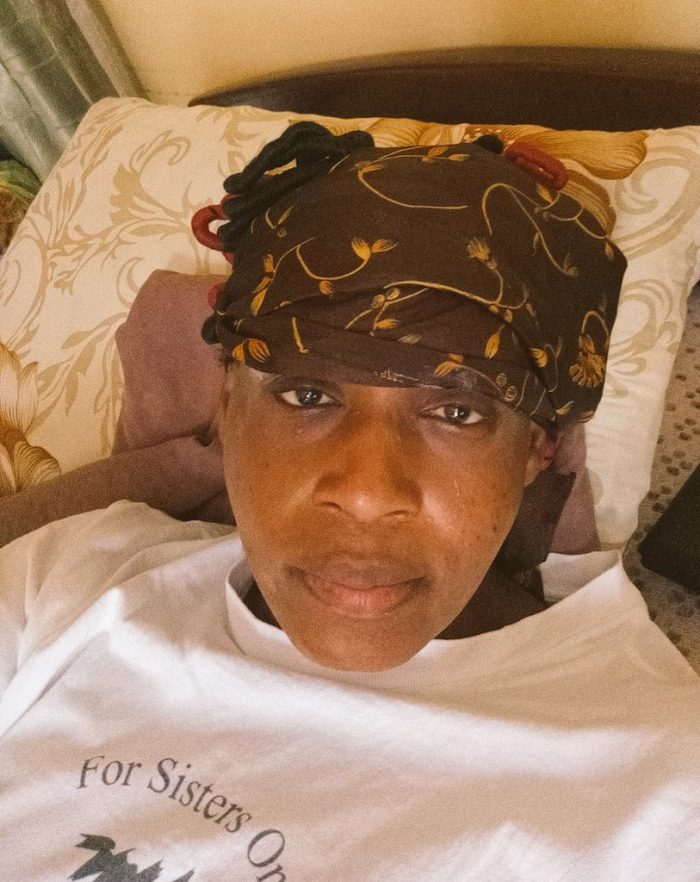 The controversial blogger said the incident happened early this morning during the storm and that she was struck just behind her house where she sat and was washing her clothes on a table.

She said the attack was so lethal that she lost consciousness and had to be resuscitated by people around her. She said what saved her was her knowlege of how to respond when thunder strikes. ” I drived to the ground fast before it hit the ground. It hit the table I was washing on. My heart stopped for 20 seconds and I was revived” she said.

She is currently recuperating from the incident. She related that her doctor came in later and prescribed anxiolytic medicine to calm her nerves and palpitation. “I slept for 4 hours. I feel like I died and I returned. My dad said I have 9 lives and today he is right”, she said and advised Nigerians to always stay indoors when there is thunder and lightening.