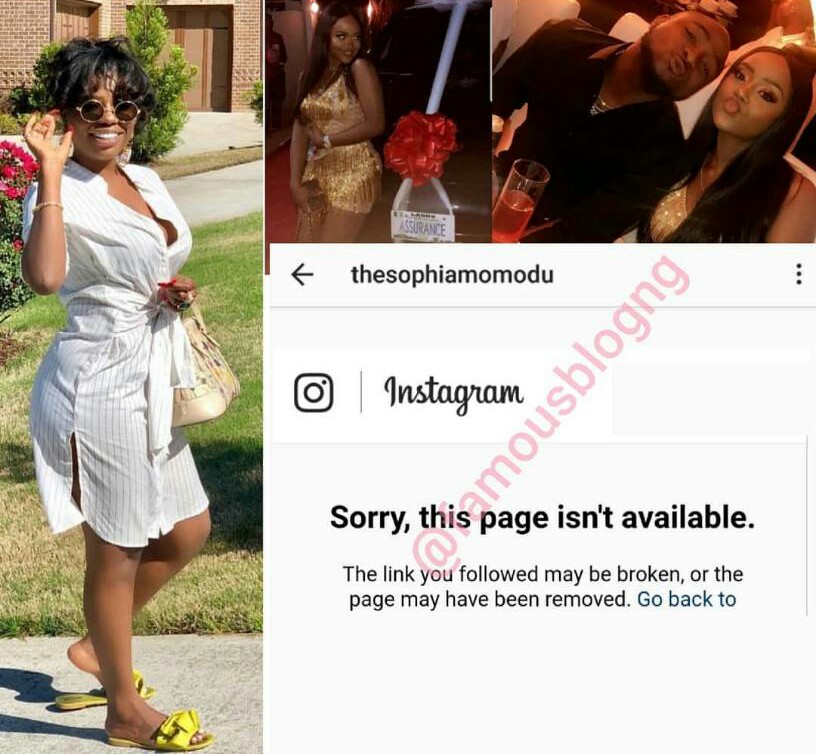 Recently, top musician Davido celebrated his new girlfriend Chioma on her birthday, buying her a Porsche worth millions of naira. Instagram trolls have however followed this up, dropping several comments concerning Davido’s other baby mamas and how they couldn’t get him to love them. Sophie Momodu who is the first baby mama however must have decided to go away from the media scene for a while as she is said to have deactivated her IG account. Although someone said her account was hacked, some other person has come out to say she is no longer available on Snapchat too.