One of the ex- housemates of the big brother naija 3 house, Nina Onyenobi has just been spotted dancing for musician MC galaxy in his house. 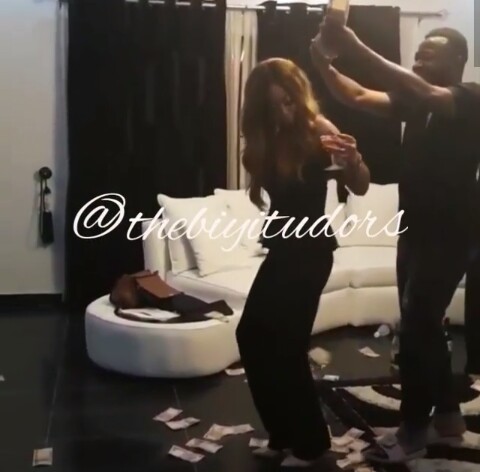 Earlier while in the house, it was noted that MC galaxy campaigned for her to win, donating cash to her team to aid them vote.

Now out of the house, Nina has been seen dancing for him while he sprays her mint naira notes. Earlier, Bobrisky promised her lots of gifts until Toyin Lawani took over, promising to cloth her all year long. Numerous gifts have also rolled in for from other celebrities and actresses. Nina sure has celebrity fans.