We are pleased to announce speakers, panelists, and moderators for the sixth annual Nigerian Entertainment Conference which holds Wednesday, April 25th, 2018 at the Landmark Event Centre, Lagos. 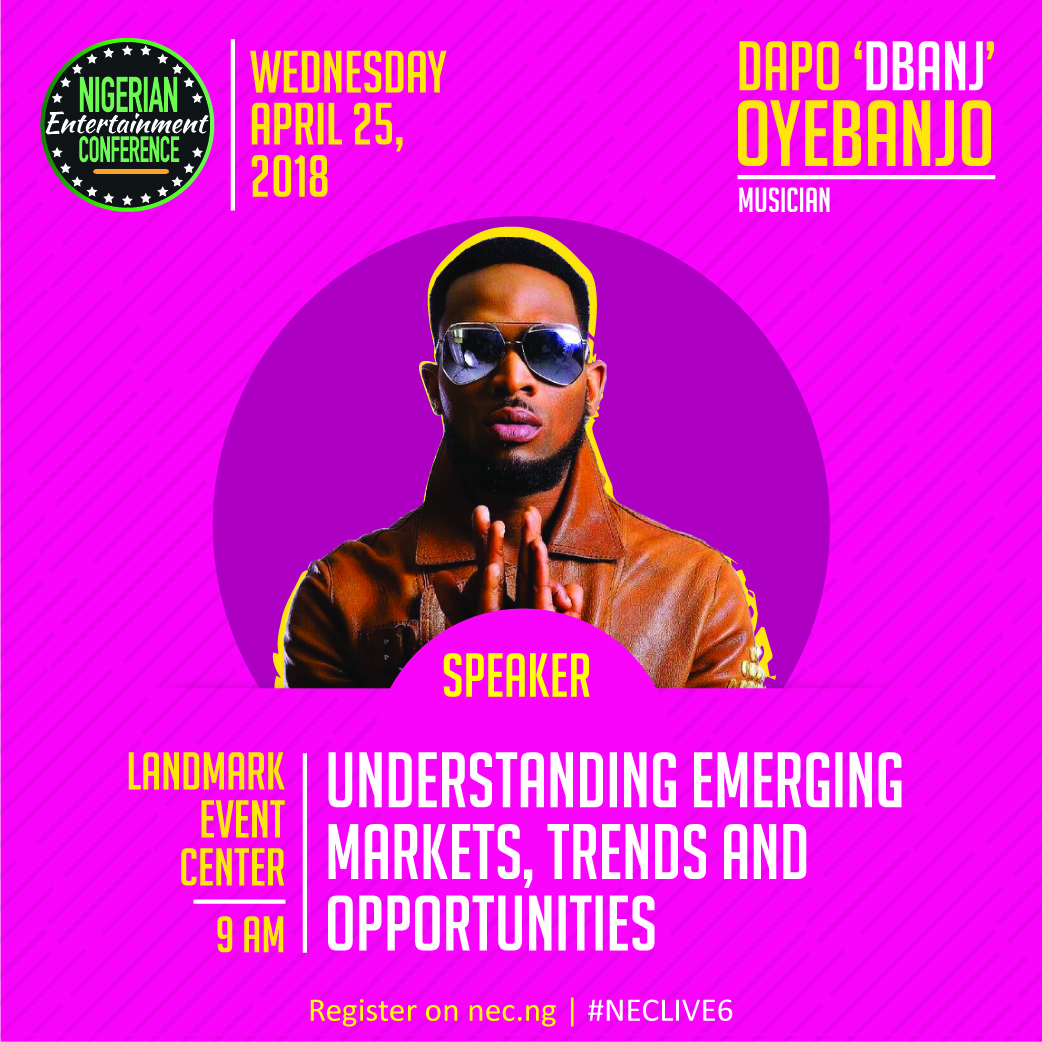 The stellar line-up which features leading figures in entertainment, technology, and broadcasting will address how the creative industry can study, understand and access opportunities in emerging markets by leveraging the tools, trends and possibilities that technology provides, and how to build a totally new world of impact, locally and globally.

The following featured Speakers represent a blend of Music, Technology, Broadcasting, and Marketing with designations listed next to each speaker’s name. 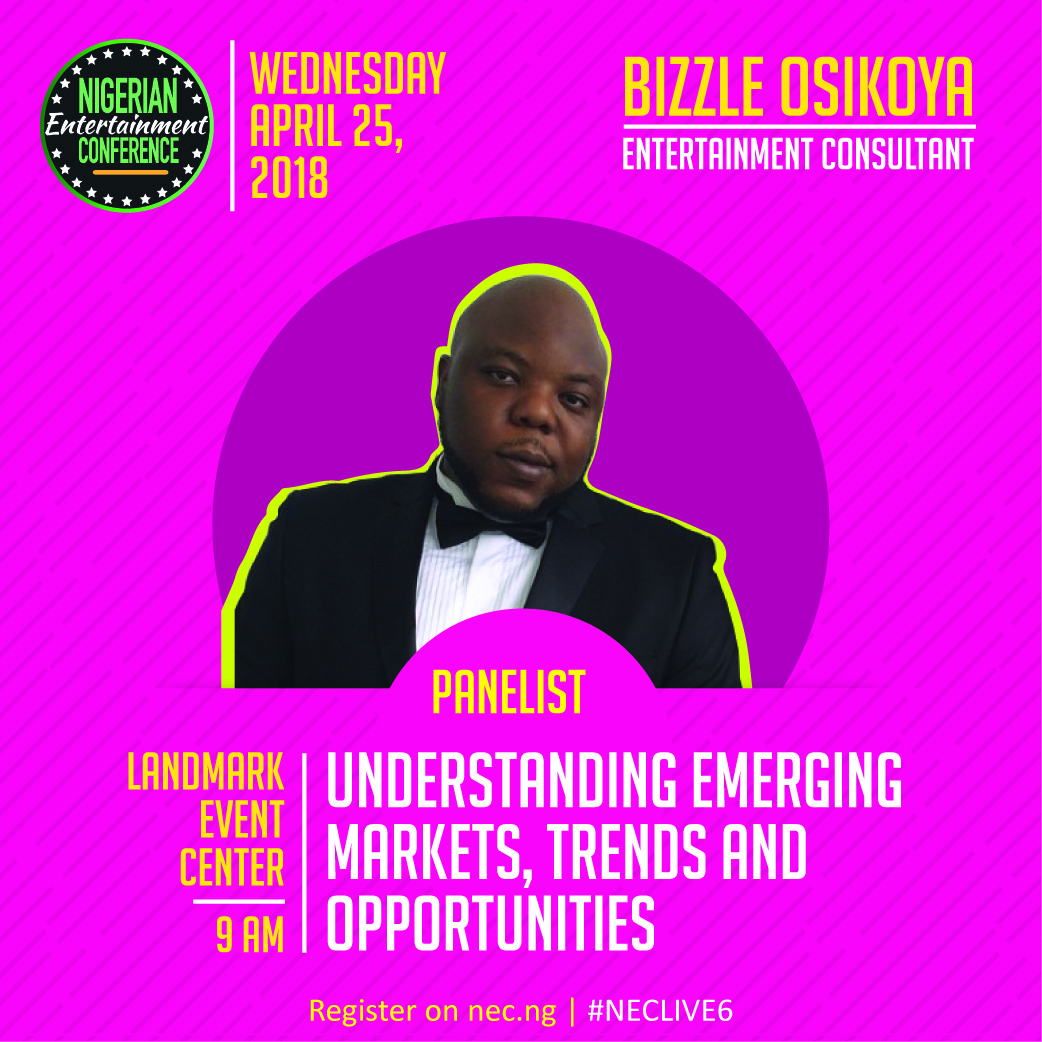 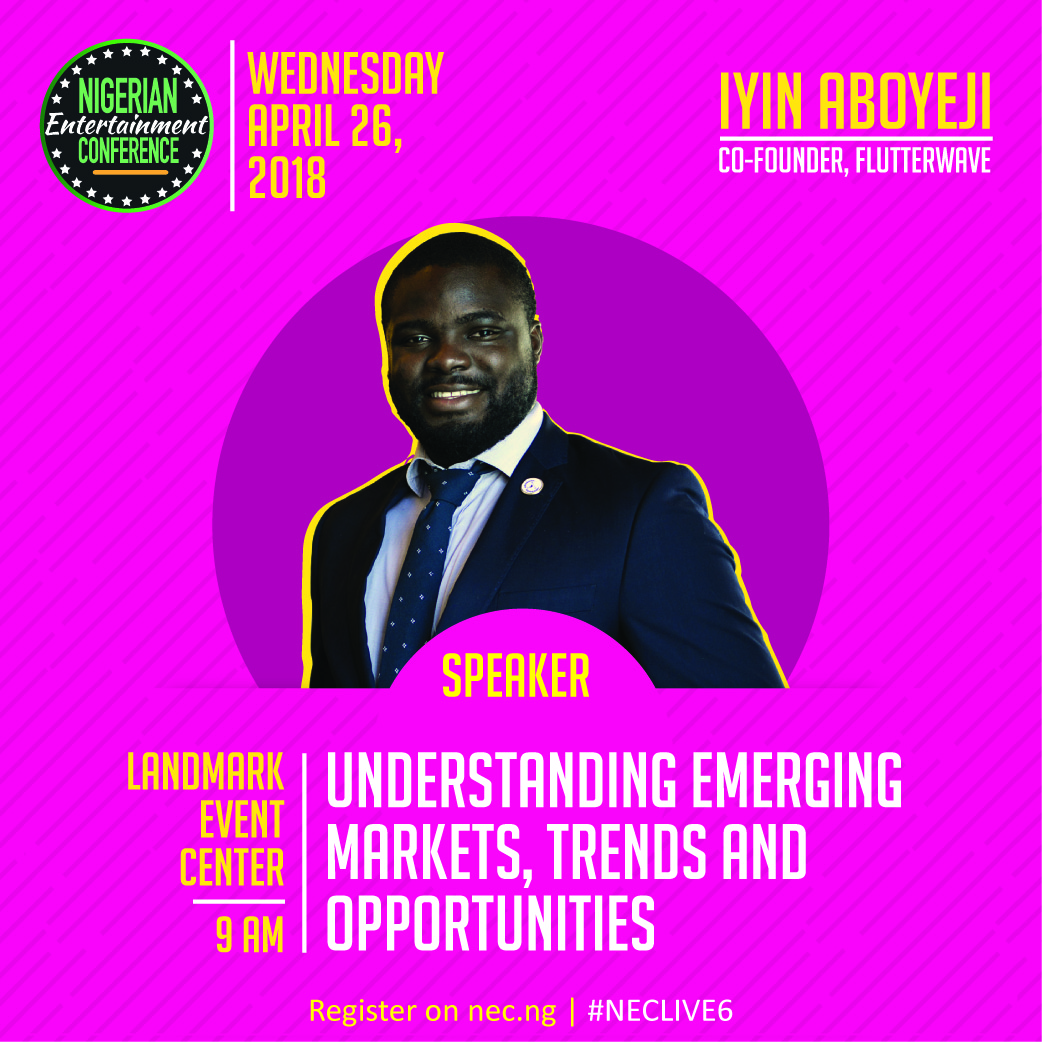 Jason Njoku, Founder, IROKO – Jason Chukwuma Njoku is a Nigerian entrepreneur, film magnate and African start-up investor. He is the co-founder and CEO of iROKO, one of the early video-on-demand movie platforms for Nigerian movies (also known as Nollywood). 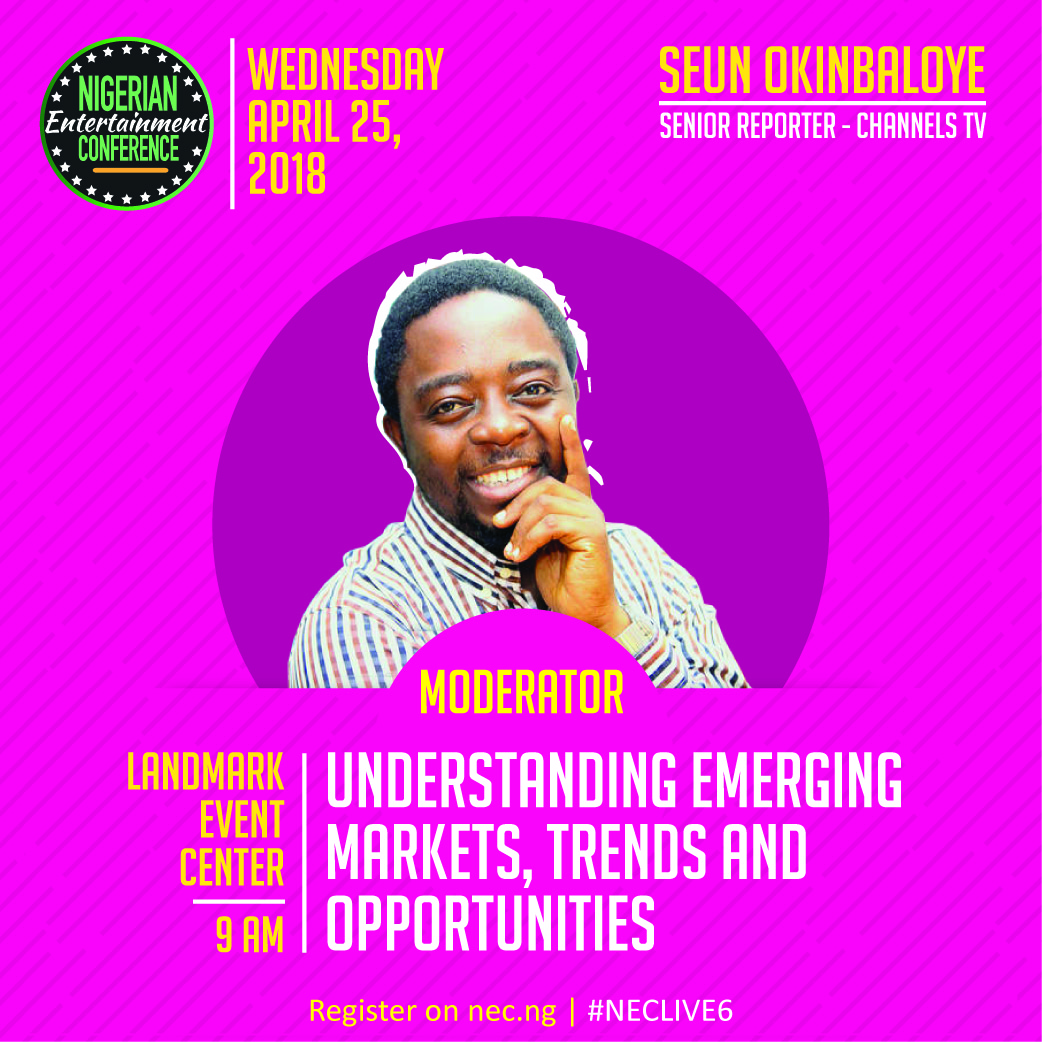 Iyin Aboyeji, Co-founder, Flutterwave – Having already launched two successful Tech startups – Andela and Flutterwave – at just 26, Aboyeji has been part of many successful businesses and secured investment from Mark Zuckerberg Foundation. In 2016, Aboyeji left Andela to start Flutterwave, a provider of technology and infrastructure solutions for digital payments across Africa which processed over $1 billion in 2017.

Martin Mabutho is the General Manager, Sales and Marketing, of Multichoice Nigeria. Martin will be speaking on DSTV NOW: Building content for a digital generation.

Daddy Freeze – is a Nigerian radio host and presenter. He is a senior broadcaster at Cool Fm Lagos and won the favorite Nigerian OAP at the 2014 Nickelodeon Kids’ Choice Awards.

Sir Shina Peters – veteran Juju musician, “SSP” has received numerous awards and recognition for his unparalleled prowess in the art of Writing, Composition, Choreography and Musical prowess. Sir Shina Peters has sold millions of albums worldwide and has taken his music to the shores of South Africa, Europe, Germany, United Kingdom, Italy and United States.

They will be joined by:

“We have carefully selected a group of speakers and panelists who will shape conversations on how the creative industry can study, understand and access opportunities in emerging market segments,” said Ayeni Adekunle, founder of the conference.

“This conference will help professionals, supporters and regulatory bodies in the entertainment industry better understand how to exploit the tools, trends and possibilities that technology provides, and how to build a totally new world of impact, locally and globally.” He added.

Now in its sixth year, the Nigerian Entertainment Conference (NECLIVE), brings together the top minds of the entertainment community under one roof to discuss, debate and share insightful ways to grow the African entertainment industry.

Nigeria is still focused on solving old problems, while the rest of the world has moved on to using new thinking and ideas to create new ways of getting value.

Netflix, Amazon, Facebook, Snapchat, Shazam, Tidal, Deezer, Spotify, and many more are coming forth to innovate creation, distribution and monetisation, while the concept of venues and tours is taking a wholly different shape from Europe to Asia and America.

The music business is transforming from predominantly records sales, concerts and tours, to a 360 model that’s giving new life to a hitherto dying industry. Hollywood is seeing some excitement, with the boost in rent-or-buy streaming services and the influence of two key things: technology, and surge in measurable consumption from the EMEA.

It is the same across Fashion, comedy, Sports, and media. Demographics are changing, Silicon Valley is building, and M&As are leading to a new order.

With the recent promise displayed by the Nigerian music industry, Nollywood, Fashion, Media, and Comedy, there is no better time to sit down and discuss what is at stake.

Everything that’s transforming the entertainment and creative industries in Europe, Asia and America is potentially available to Nigeria, and Africa at large. Technology is already helping us fix payments, dating, banking, transportation, and even governance. It’s time to take a look at entertainment.

With less than two weeks to go, over 2,000 participants have already registered for this year’s conference while more than 10 million viewers are expected to watch the event live on cable TV and online.

Nigerian Entertainment Conference is the marketplace for ideas, products, people, and services shaping the entertainment sector. Register at nec.ng to attend NEC LIVE 2018. 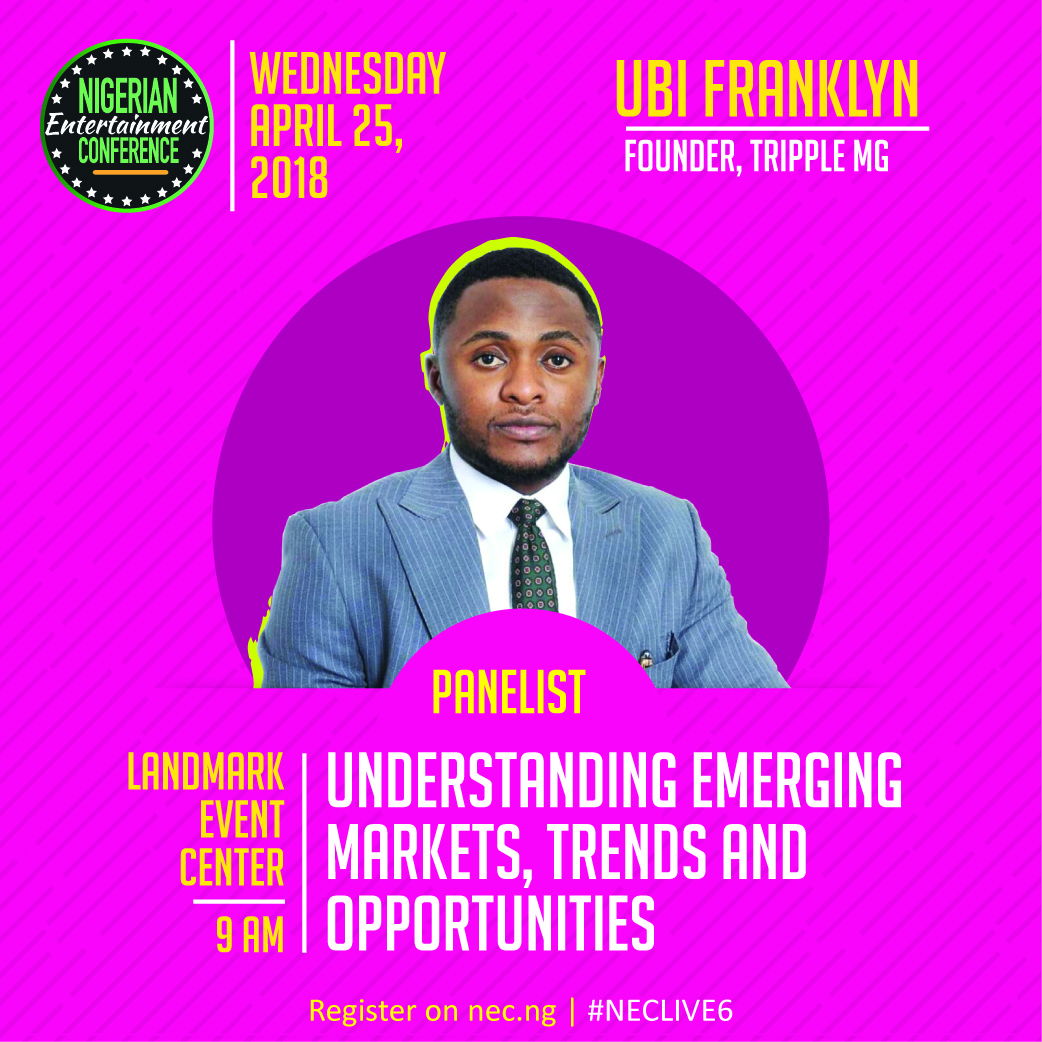 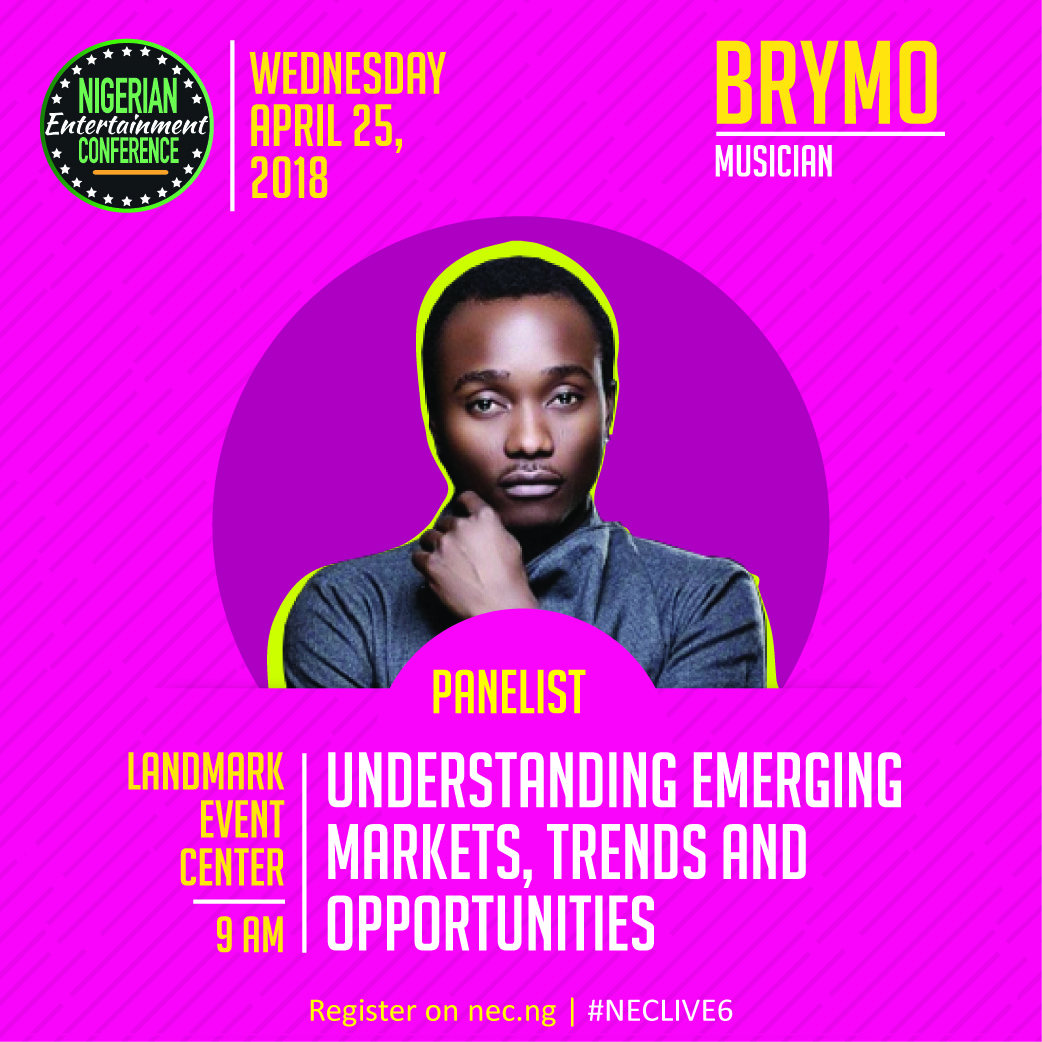 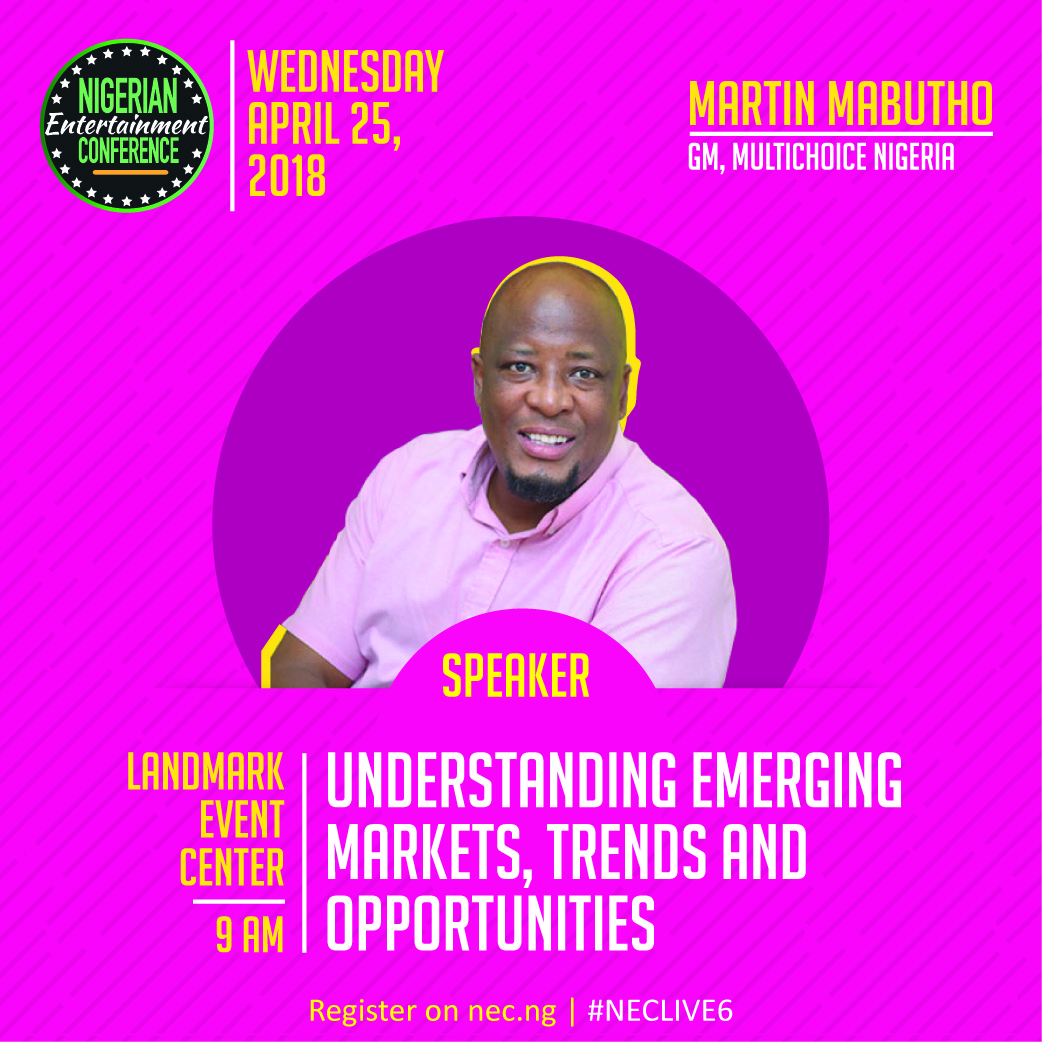 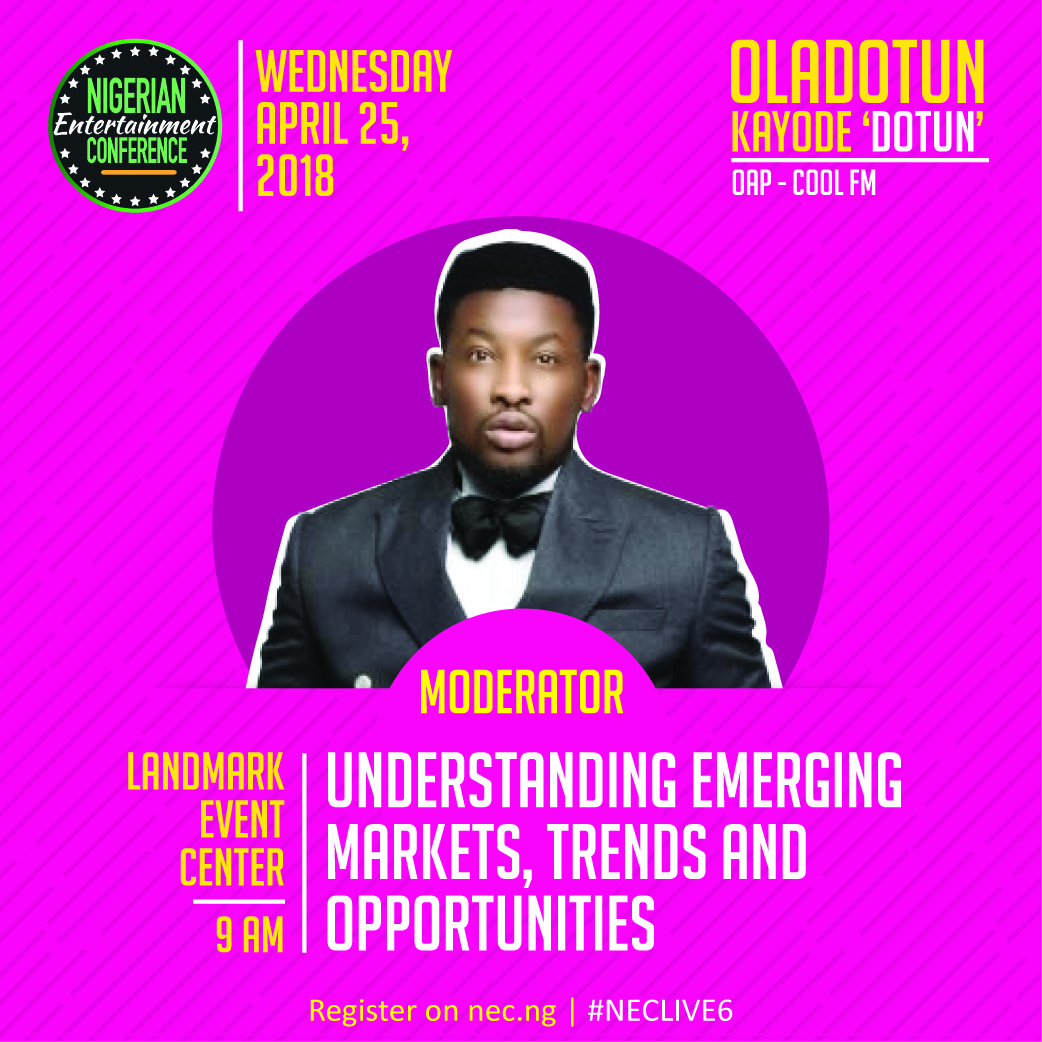 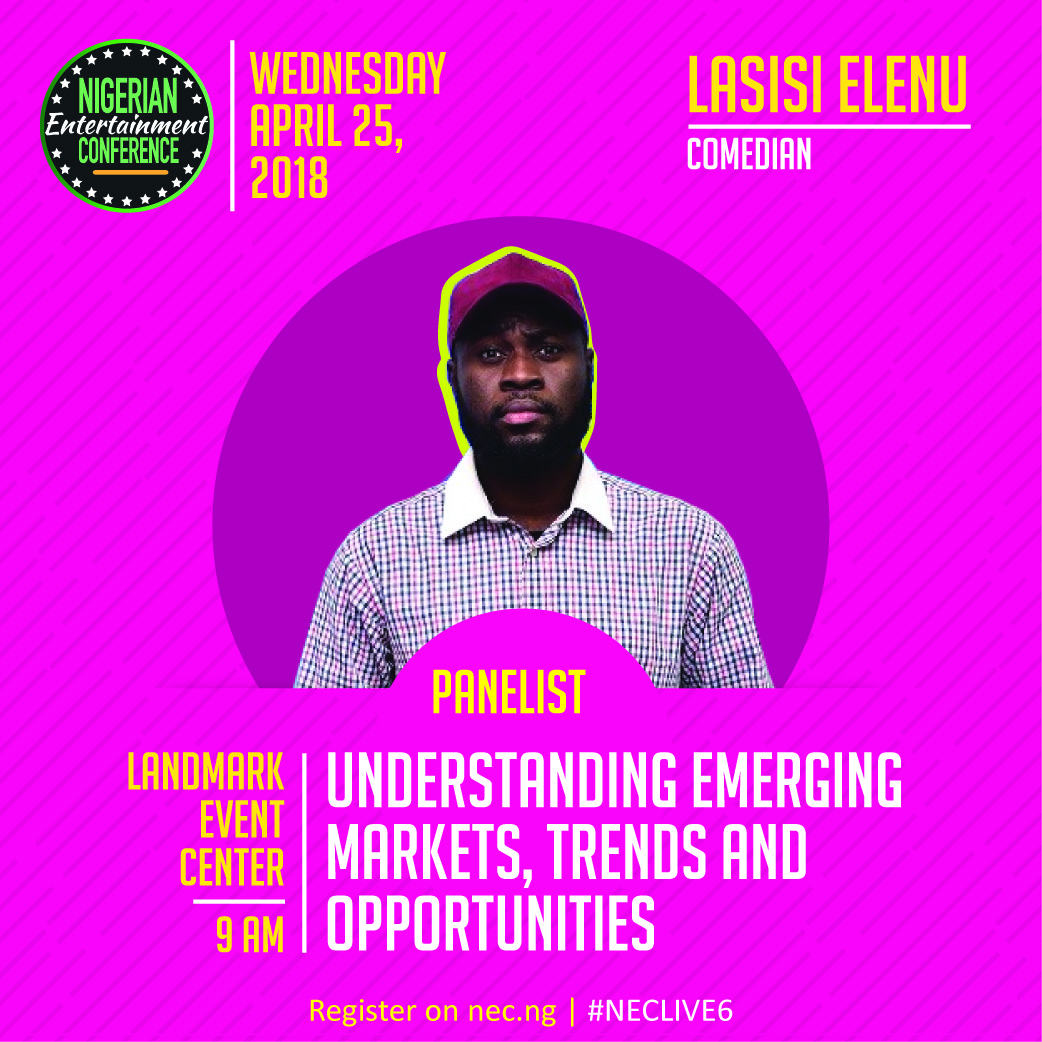 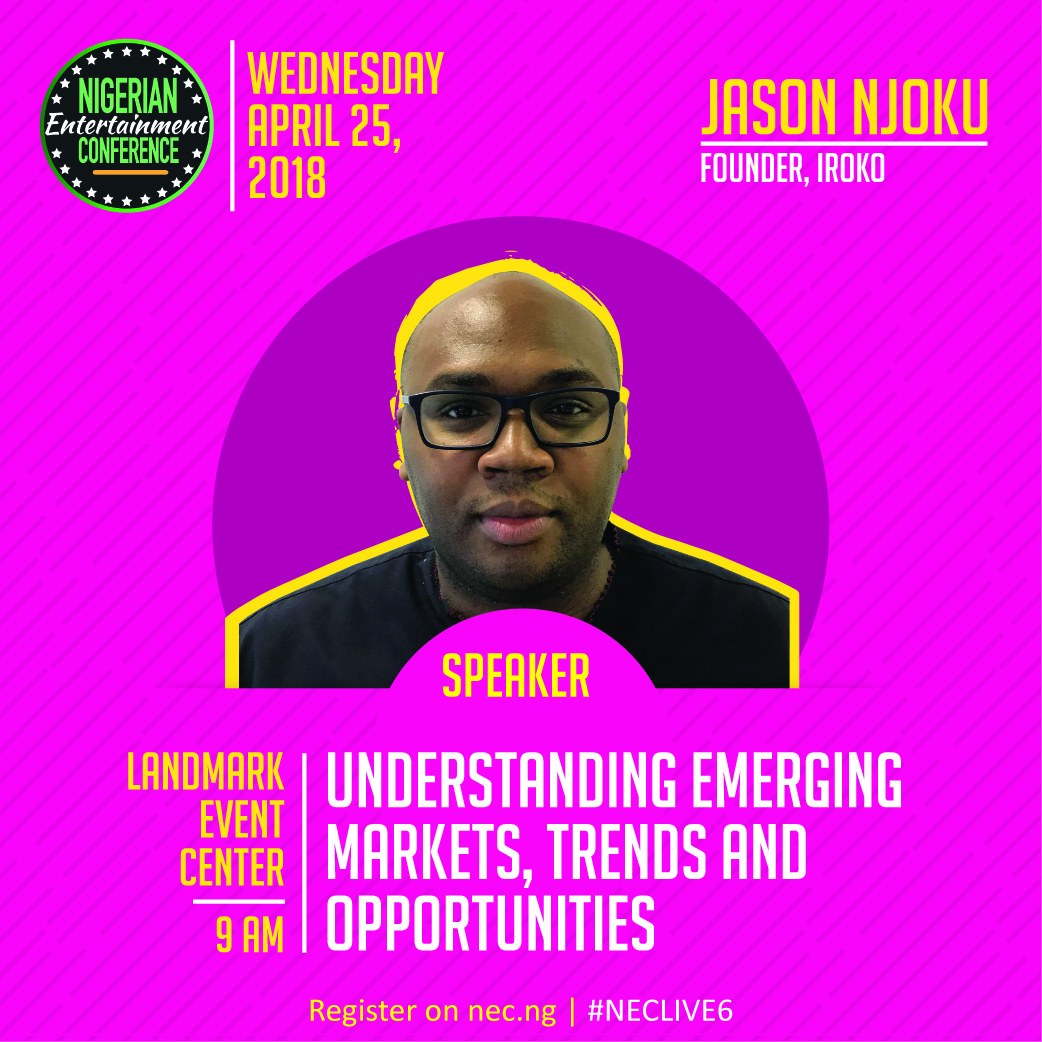 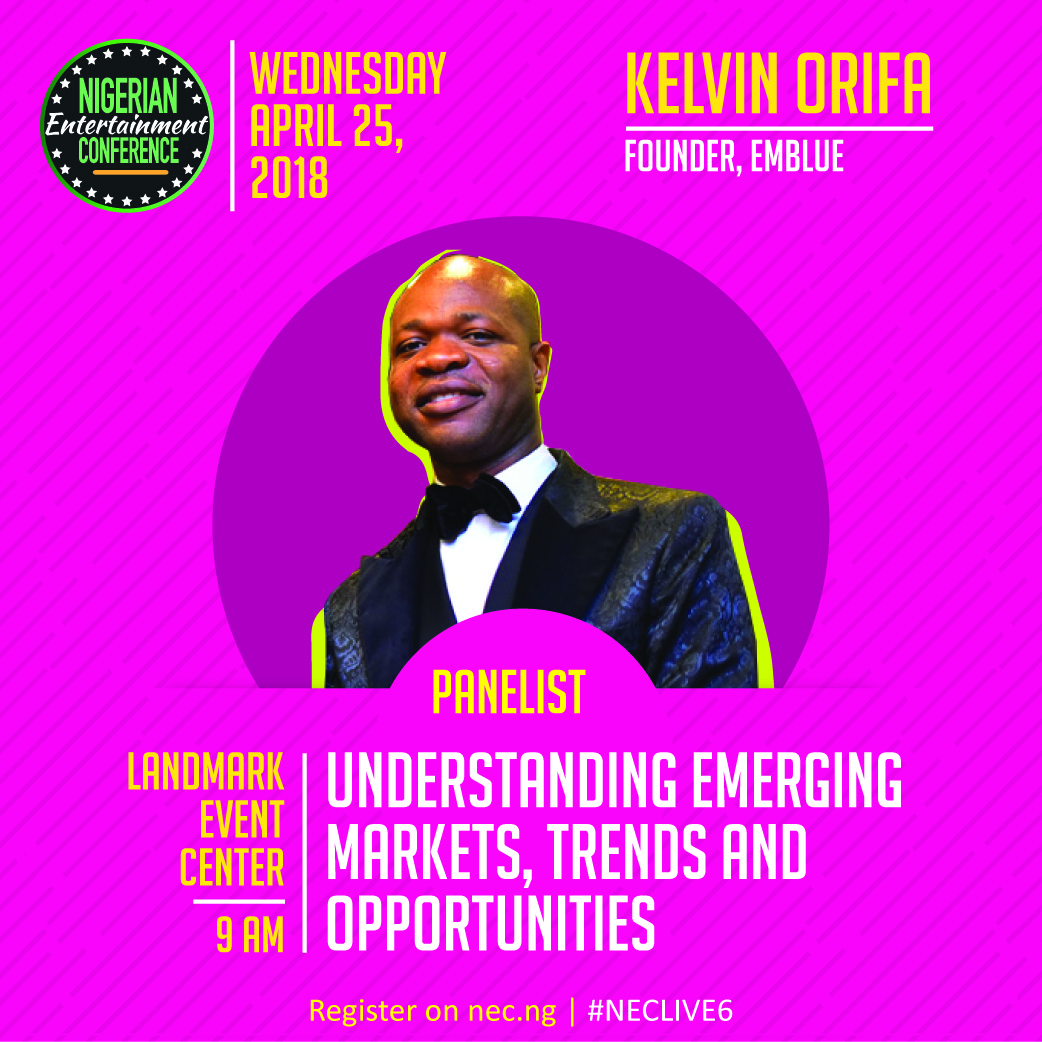