Beyoncé performed for throngs of screaming fans on Saturday night at Coachella after a year’s wait.

She has become the first woman of color to headline the music festival in Indio, California.
Excited fans had a new nickname for this year’s festival: Beychella.
“Coachella, thank you for allowing me to be the first black woman to headline,” Beyoncé said, before singing “Run the World (Girls).”
The singer sang several songs from her album “Lemonade,” backed up by the band and surrounded by step dancers. 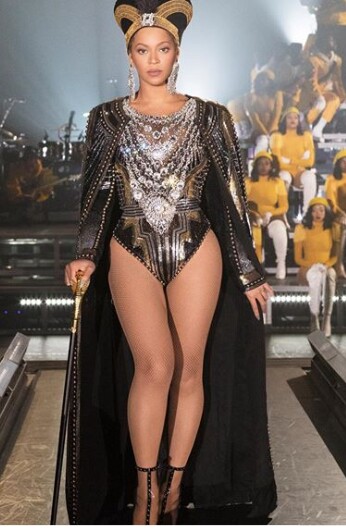 For nearly two hours, Beyoncé revealed surprise after surprise.
A tribute to Nina Simone and quotes from Malcolm X. She also sang “Deja Vu” with her husband, Jay-Z, and danced with her sister, Solange.
After months of rumors, Coachella attendees also saw a Destiny’s Child reunion. Kelly Rowland and Michelle Williams appeared on stage with Beyoncé to sing their ’90s hits “Say My Name,” “Soldier” and “Lose My Breath.”