Nigerian actress, singer, producer and video vixen, Cossy Orjiakor has openly stated that she dislikes fellow actress Iyabo Ojo. She stated this on Instagram some moments ago saying she dislikes a lot of people and Iyabo Ojo is one of them. 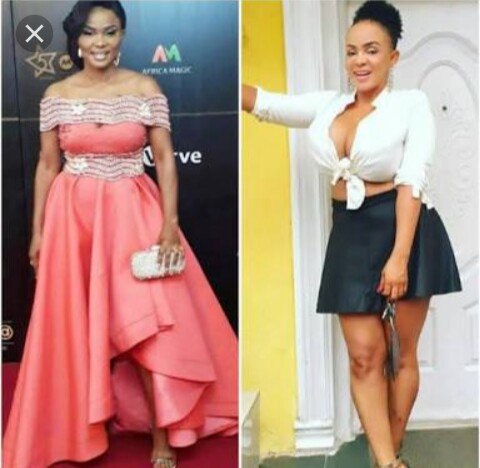 Cossy Orjiakor came to limelight after featuring in a music video by Obesere. She is also controversially known for showing off her large bosoms at social events and music videos.
In 2015, she produced her first film, Power girls, under her production company Playgirl pictures.

Iyabo Ojo is a Nigerian film actress, director, and producer. She has featured in more than 150 films, as well as producing over 14 of her own. The mother of two has been involved in several scandals but has continued to thrive.
The reason for this open diss is not yet known but a lot of followers have spoken against the act.

FATIMA DANGOTE ON HONEYMOON WITH HER HUSBAND ...