He signed a record deal with Chocolate City in 2010, but breached his contractual agreement with the label in 2013.

Brymo released his fifth studio album, Kl?tôr?s, in 2016 and it comprises 11 tracks which was preceded by the lead single “Happy Memories”. 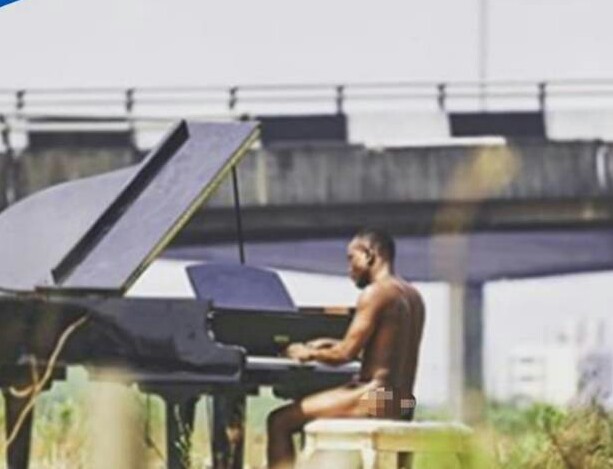 The singer recently dropped the visuals to one of the tracks off his newly released album (Osó) and he is seen almost naked, wearing what looks like a retrop g-string while playing a piano.