It is coming as a surprise to a lot of people that actress Toyin Adewale is the mother of the popular “eleko” crooner Mayorkun.

More interesting is the fact that she took to social media to warn her son never to consider having a baby mama. 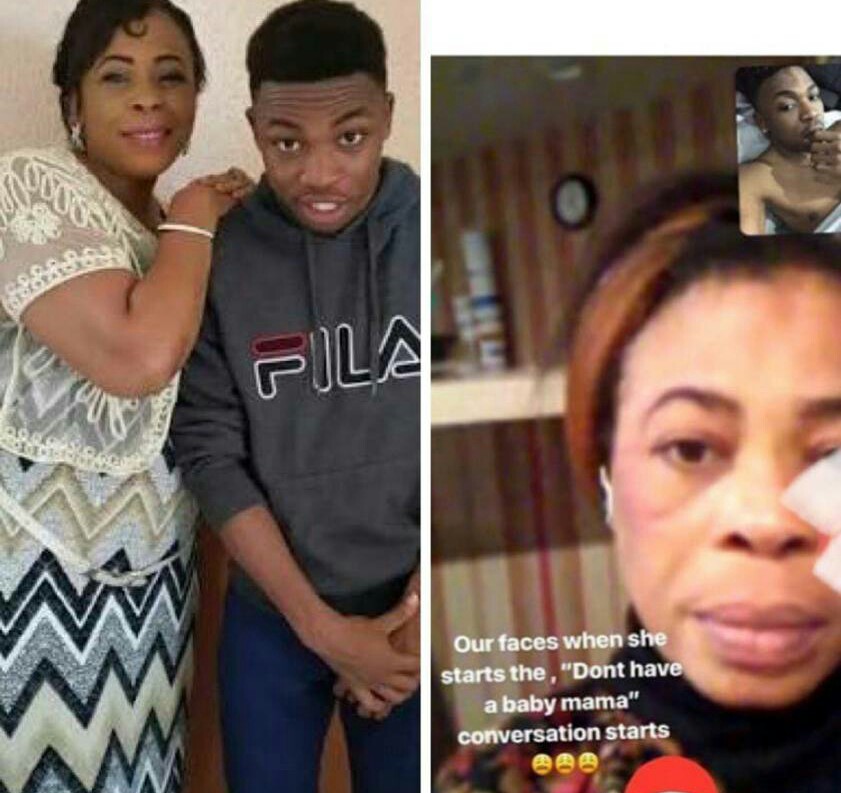 Mayorkun revealed this in his snapchat story that his mother is always emphasizing about her fears of baby mamas.

He shared a snapshot of their Facetime showing his mother’s face and hers during a conversation “Our face when she starts the don’t have a baby mama conversation starts” He wrote.
Toyin Adewale is an actress and a producer from Nigeria. She started acting professionally in 1988 and she made her debut in a movie titled “Irepodun”.
The actress who is in her late 40s is known for her brilliant acting and her son Mayorkun has gradually risen to prominence after leaving his banking job for music.