Chief Olusegun Mathew Okikiola Aremu Obasanjo, GCFR, Ph.D. is a former Nigerian Army general who was President of Nigeria from 1999 to 2007. He is regarded as Baba Africa and he is a year older today. 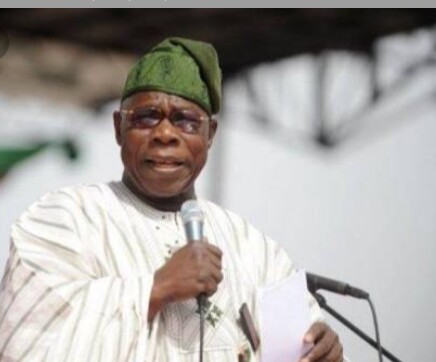 Obasanjo was a career soldier before serving twice as Nigeria’s head of state. He served as a military ruler from 13 February 1976 to 1 October 1979, and as a democratically elected president from 29 May 1999 to 29 May 2007.

Obasanjo has twenty children, and in addition to a variety of chieftaincy titles, Obasanjo holds the titles of the Balogun of Owu and the Ekerin Balogun of the Egba clan of Yorubaland.

In December 2017, Obasanjo defended his Ph.D thesis at the National Open University of Nigeria (NOUN). He now holds a Ph.D in Theology. That was about two years after he completed his Masters Degree in the same course.

Olusegun Obasanjo is a legend who owns the African presidential library in Abeokuta Ogun state and he has received several awards and medals which include:

MCM- WHY WE ADMIRE LADI DELANO