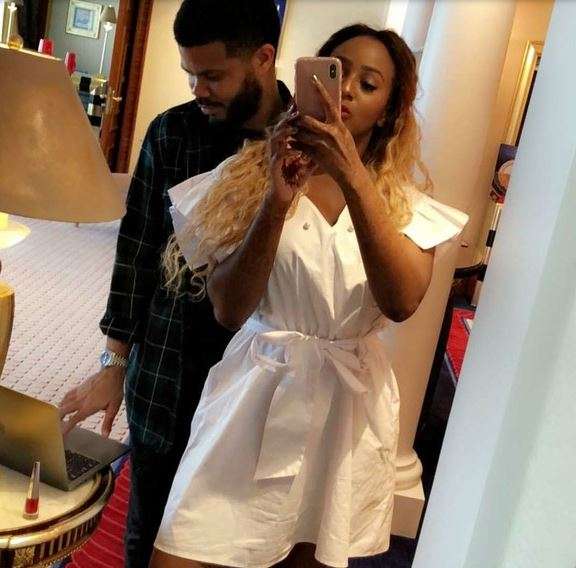 DJ Cuppy is obviously in a romantic relationship with music entrepreneur, Asa Asika. The relationship with Asa appears blossoming with the release of this cute bedroom photo.
In the photo DJ Cuppy and Asa are standing closely together all loved up.

There have been speculations that the relationship between these guys have been around for a while as we can all recall when photos of DJ Cuppy and Asa at a beach somewhere in South Africa went viral, making fans and admirers wonder if they had kicked off a romantic affair.
DJ Cuppy like her sister Temi Otedola seem to have found love in the entertainment industry and that sound quite interesting.