Do you remember how everyone used to wish Nollywood bad boy, Jim Iyke gets married to the beautiful Rita Dominic when it was obvious they had chemistry? well, Jim Iyke has revealed why he did not marry his colleague, Rita Dominic, despite their great onscreen and real-life chemistry. 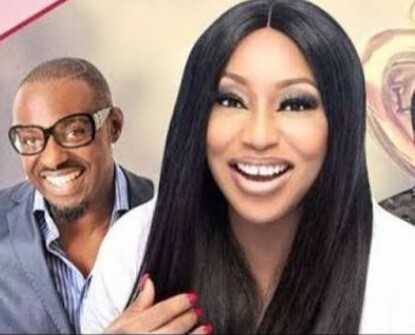 The 40-year-old actor opened up on his relationship with Rita in an interview with Broadway TV.
In the interview, the father-of-one revealed that he had no intention of settling down with the award-winning actress because they were colleagues among other reasons.
He said, “Rita and I met when I was just beginning to embrace fame, and the comforts that came with it. The laurels, the distraction, even the destruction. And Rita is not the kind of woman that hangs around a lot. We were very deep with each other. We still are great friends, though we don’t speak constantly. As a matter of fact, it may surprise you that we haven’t spoken to each other in over two years.
“But when we meet, we are cordial and respectful. There is that deep-rooted thing of a man or woman you shared something with.
“I don’t think Rita at that time was looking at longevity, truthfully. Don’t forget, I was the kid with the crazy Afro, ready to start a fight anywhere. My life was about having a good time and as many conquests as possible,” Jim said.
The pair have been romantically linked in the past and the reason is not far-fetched. The toast of filmmakers back in their days, they had a great chemistry on and off screen and were often portrayed as lovers in movies back in the early 2000s. It is funny how up till now both actors are still single.
Jim Iyke has a son, Harvey, with a Lithuanian law graduate, Dana Kinduryte.