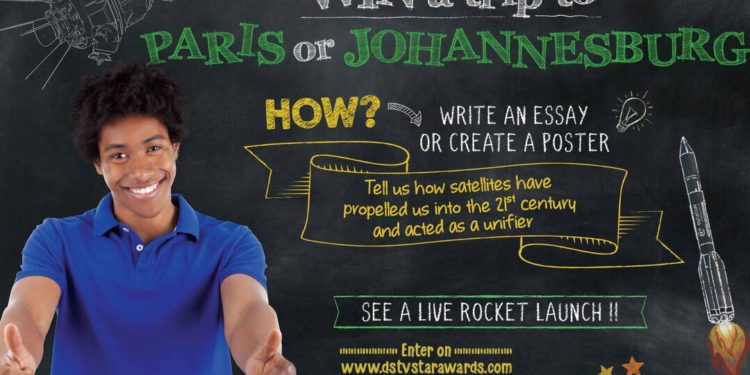 Good news, leaners have until Thursday, 1 March 2018 to enter the 2017 edition of DStv Eutelsat Star Awards competition. The closing date has been extended due to popular and science and technology fans between the ages of 14 and 19 now have extra time to be inspired to write a creative essay or design a poster. This year’s topic is “It’s sixty years since the first satellite, Sputnik, was launched, broadcasting a unique and easily captured ‘beep, beep, beep’ signal. Looking back at this historic moment, write an essay or design a poster depicting how satellites have launched humankind into the 21st Century and acted as a unifier.” 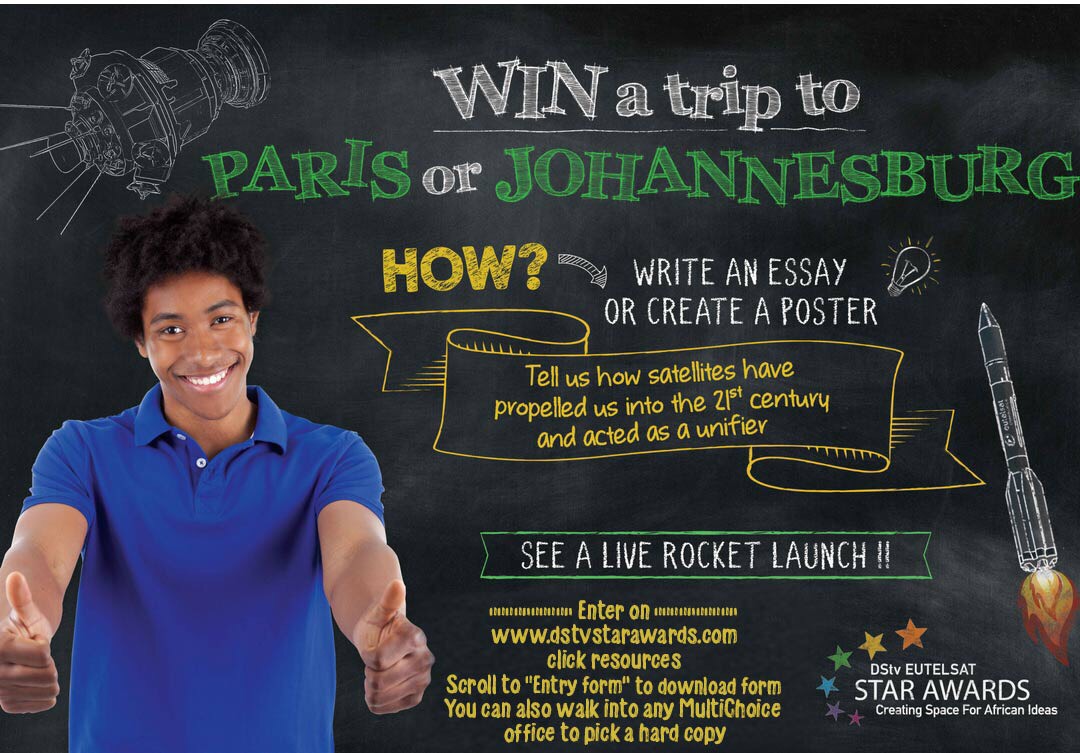 Follow us on our brand new Facebook page and get the latest news and useful tips on how to win a once-in-a-lifetime trip by entering the 7th edition of the DStv Eutelsat Star Awards competition. The essay winner will be eligible for a trip for two to Paris, France in the company of Eutelsat, and onwards to French Guiana to see a rocket launch into space. The poster winner will win a trip for two to South Africa which includes a visit to the South African National Space Agency as well as exploration of several heritage sites as guests of MultiChoice Africa. The schools attended by the two winners will also receive a DStv installation, including a dish, TV, decoder and free access to the DStv Education Package.

The DStv Eutelsat Star Awards competition is open to all learners from secondary (high) or combined schools on the continent where MultiChoice Africa maintains operations. Entry forms can be obtained from any MultiChoice Resource Centre, the nearest MultiChoice office or via www.dstvstarawards.com. Entries are accepted in English, French and Portuguese and will be judged on the basis of high-standard criteria of accuracy, creativity, originality and innovation. For the first time this year students are also invited to engage with the Awards community through a dedicated Facebook page.

The competition closes on 1 March 2018. Only entries submitted on the official entry form will be eligible. The overall winners will be announced at an awards ceremony in April 2018.

All details on the judging criteria, national prizes and finalists’ selection are available on the DStv Eutelsat Star Awards website: http://www.dstvstarawards.com/about.html

Join our Facebook community and get exclusive updates and inspiration:
fb.me/DStvEutelsatStarAwards