Down the muddy drive to Mgbele from Oguta Local Government Area sits a dilapidated building with a fallen rusty brown roof, cracked walls and flaky, peeling paint and open windows obscured by overgrown weed and plants. 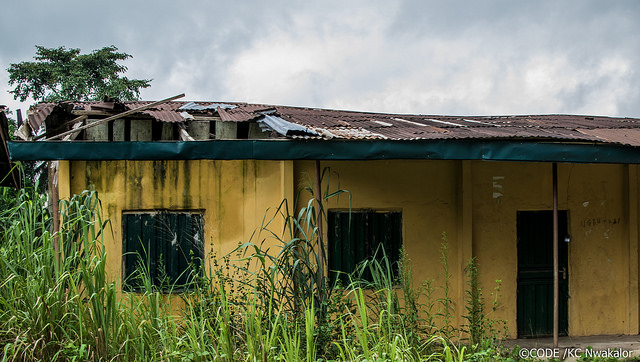 This abandoned building is the only Primary Healthcare Center that served Mgbele, a 5000 people populated rural community in the oil producing Imo State in Nigeria’s Niger Delta and seven other villages adjoining it. The building serves as a thriving habitat to reptiles and other animals who have found their abode and leaving the people who need care without help.

The situation has left dozens of people, mostly women, dead as a result of inability to access healthcare services, while the survivors, hundreds of them, brave about 386km journey to the capital for medical attention.

“I gave birth by the roadside”, Mrs Nkemakola Okorie, 32, one of the luckier ones told me.

The teary mother narrated her experience birthing her first child as she took a trip to Owerri, the state capital  on a pothole infested “notorious highway” as she lamented the fact that the PHC within her proximity has been closed.

Pregnant Mrs Mercy Nnamdi, told me would likely give birth at home and had never attended antenatal care, “I am unable to afford going far from the community to access healthcare.” 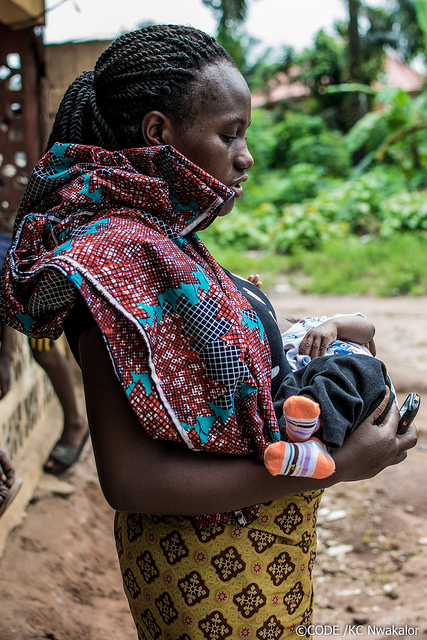 I entered the Mgbele PHC and observed that the labour room had an open roof, the structure had no electrical wirings and was neither landscaped or fenced.

Sitting on this structure post with the bold inscription: Niger Delta Development Commission (NDDC) – this was/is part of the Agency’s 2017 Capital Projects appropriated by the Federal Government of Nigeria.

Though the structure had long been erected, it lacked beds and functional wards, basic medical equipment, vaccines and commodities which are the essentials for a Primary health centre. The two nurses expected to care for the patients at the PHC can be found attending to patients at the community’s town square outside the health facility.

Public procurement in Nigeria is shrouded in secrecy and the Mgbele PHC is no exception. Not even the efforts by a team of transparency  “Follow the money” to obtain information using the mechanism of the Freedom of Information act (FOI), has yielded any results.

Ifollowthemoney, a grassroots transparency movement had sought to know more about the project – the actual project amount, bills of quantity, identity of the contractor and project status of the Mgbele PHC project to no avail.

“This is January 2018, and this project was to be implemented in 2017, yet, implementation has not started, and the agency has still not provided key data post the tender process of this project”, said Hamza Lawal, an activist who leads the team wailed.

“It has now become very important that NDDC transparently implements the project and gets the PHC functional.”

But Hamza’s concern is a far cry from most of the people who simply want the government services to work.

Mrs Chinyere Odika, 48, the community woman leader told me that in spite of several promises in the past, the NDDC has failed to make the PHC functional. “we are yet to see them,” and then she makes a passionate plea: “We are calling on government, NDDC to please pity us and come to our aid so we all don’t die”.

The Niger Delta Development Commission, NDDC, has come under a lot of public scrutiny since recent reports revealed an alleged 2.7 billion Naira scam involving the board members, top management staff of the agency and their cronies.

For residents of Mgbele, the deaths and the highway births can be stopped if agencies like the NDDC use the already allocated resources for projects assigned.

Mercy Abang is a Freelance Journalist, focusing her work on development Journalism, under-reported or never reported stories mostly ignored by mainstream media organisations – She doubles as an International media fixer– She tweets at @abangmercy. Mercy is the 2017 United Nations Journalism Fellow and budgIT Media fellow for 2017.   This article was written as part of the 2017 BudgIT Media Fellowship – BudgIT had no editorial influence or control over the story.