” I WANT A MIXED RACE DAUGHTER THIS YEAR”- SKALES

Nigerian musician Skales has just announced his desire to become a daddy this year.

Raoul John Njeng-Njeng popularly known as Skales, is a Nigerian rapper, singer, and songwriter. In the year 2000, he started writing rap songs in Kaduna. His debut single, “Must Shine”, received numerous spin , he later relocated to Lagos and signed a record deal with Empire Mates Entertainment in 2009.

Skales has openly declared in a series of tweets that he wants a mixed race daughter this year.

According to him , he his the only one who is yet to have a kid amongst his peers. Read his tweets below: 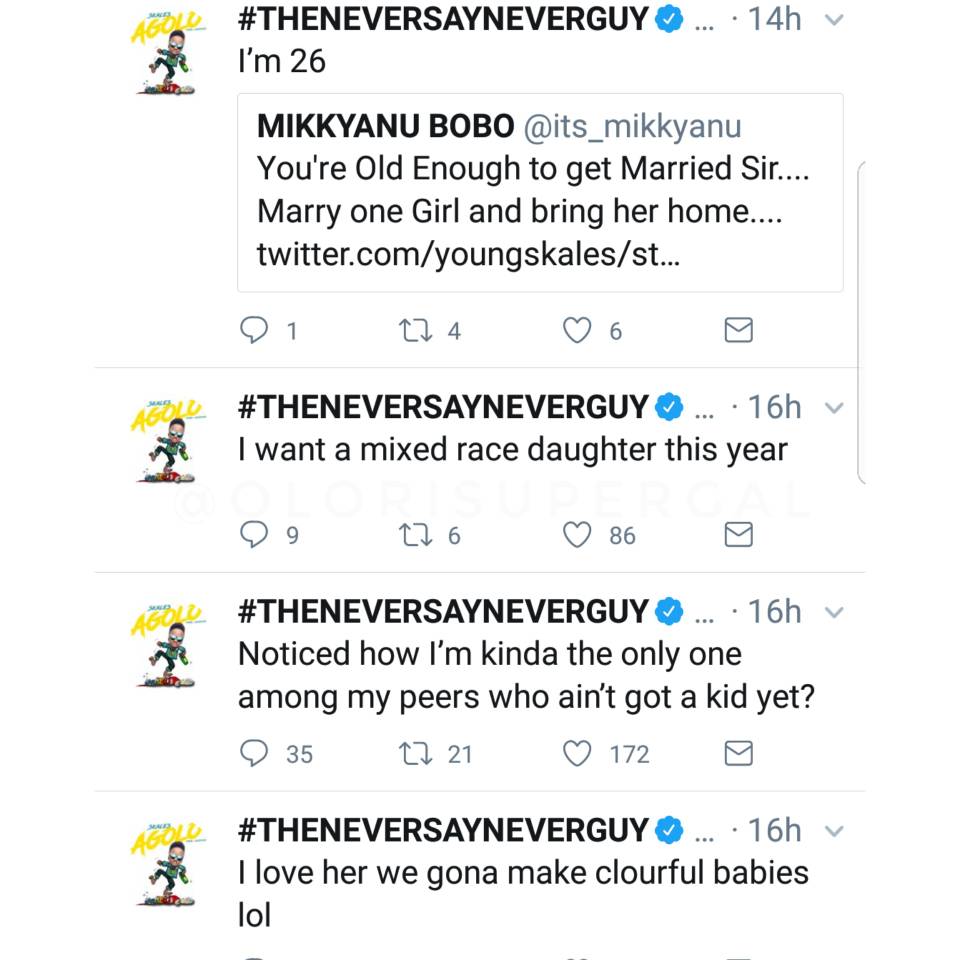 Skales recently dropped the video to the track ‘Kpete Wicked’ .The song, was produced by Jay Pizzle and its video directed by Teetash.

JIDE KOSOKO’S GRANDCHILDREN CELEBRATE HIM ON HIS ...