DADDY FREEZE INVOLVED IN ANOTHER CONTROVERSY 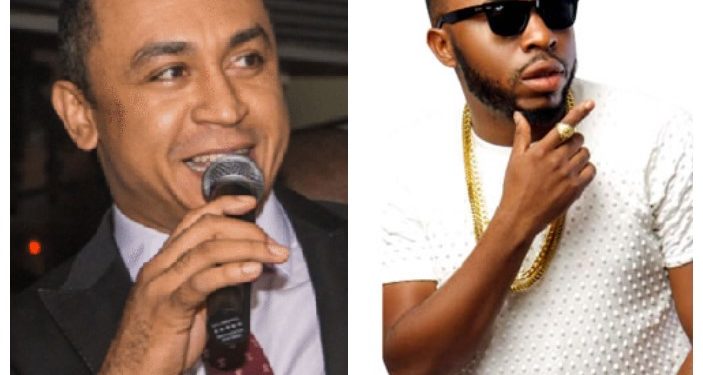 Controversial media personality, Daddy Freeze is at it again. He recently engaged musical artist, Samklef in a heated argument that saw the pair exchange insulting expressions, suggesting the start of a beef.

The On-Air Personality was seen to have responded to a post that talked about a mentally unstable being healed at the Redeemed Christian Church of God (RCCG) on Instagram.

His comment got the attention of beat maker Samklef who wrote, “It’s getting boring.”

This prompted a war of words between the record producer and Daddy Freeze, with Samklef questioning Daddy freeze’s intelligence while also tagging him as a hypocrite. 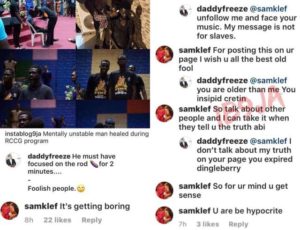 Daddy Freeze has consistently garnered attention for his criticism when it concerns the practise of Christianity in Nigeria.

In year 2017, he made the news round regularly after starting a debate on tithing. He got into several arguements and controversies over this.

OBY EZEKWESILI DETAINED BY THE POLICE