Another royal will be walkkng down the aisle soon. Britain’s Princess Eugenie of York has got engaged,the Buckingham Palace announced today Monday,22nd of January 2018. 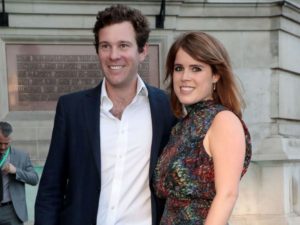 This shows that a second royal wedding will be coming up this year at the church where Prince Harry will tie the knot.

Eugenie, who is eighth in line to the throne, will marry her boyfriend Jack Brooksbank who is a nightclub manager in late 2018.

Eugenie, 27, is the younger daughter of Queen Elizabeth II’s second son Prince Andrew, the Duke of York, and his ex-wife Sarah.

“The Duke and Duchess of York are delighted to announce the engagement of Princess Eugenie to Mr Jack Brooksbank,” Buckingham Palace said.

“Her Royal Highness and Mr Brooksbank became engaged in Nicaragua earlier this month.

“The wedding will take place in the autumn of 2018 at St George’s Chapel in Windsor, with further details to be announced in due course.”

The church in the grounds of Windsor Castle, west of London, is where Eugenie’s first cousin Harry is set to marry US actress Meghan Markle on May 19.

Eugenie and her fiance began dating around seven years ago after they met while skiing in the Swiss resort of Verbier. Socialite Brooksbank is the manager of posh central London nightspot Mahiki, known for its celebrity and upper class clientele.

Andrew and Sarah married in 1986 but divorced 10 years later. Their daughters are Princesses Beatrice, 29, and Eugenie.

“TELL MY FUTURE HUSBAND, I AM WAITING ...