Popular Ghanaian actor, John Dumelo has just announced his engagement. He posted a picture of his mystery fiancée’s hand with the ring on it on social media with the caption “she said YES”.

A lot of fans have reacted, congratulating the actor. John Dumelo has often been accused of having a secret marriage or secret children. Now that he has announced his engagement officially we look forward to the big day. 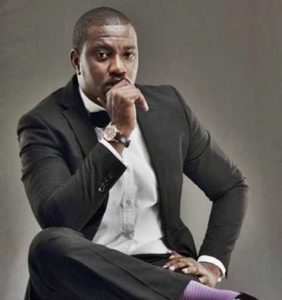 Meanwhile, Toke Makinwa has given a funny reaction to his engagement… She dropped a comment on his post that reads; “DUMELO??? I checked and iz not my hands here”