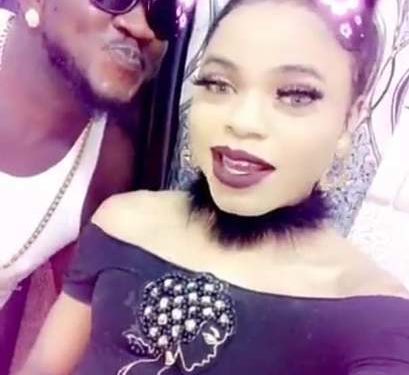 Controversial male barbie doll Bobrisksy who recently admitted being gay, has shared a seductive video of himself twerking up a storm on a Nigerian Big Boy’s thing, while the said big boy, sprayed him with N500 notes.

The Big boy is identified as Kogbagidi, a popular show promoter in Lagos.

Apparently, Kogbagidi rolls with some really big boys in Lagos, Davido inclusive, and Davido has shown he’s not happy with the show promoter. He took to social media to express his dissappointment.

Kogbagidi in the video had his boxers on, and his manhood was “erected” while Bobrisky twerked on him. 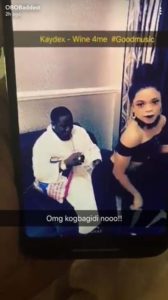 Davido reacted to this on his Snapchat, in series of Snaps. 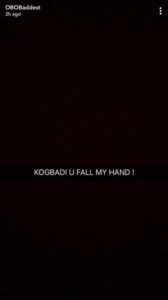 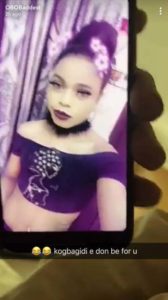 Bobrisky however replied Davido saying it was all business and not a big deal,he also said kogbagidi wasn’t his bae adding that they all are in the 30 billion race.