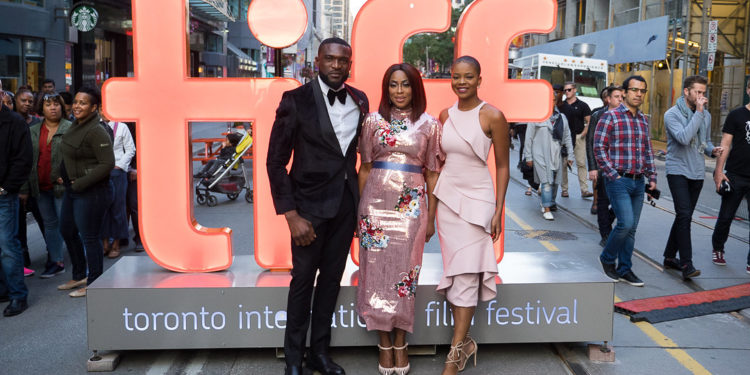 The Royal Hibiscus Hotel is a romantic comedy about a couple, Segun and Rose Adeniyi, who run a charming but run-down boutique hotel in Lagos, Nigeria. In desperation, Segun decides to sell the hotel without his wife’s knowledge, as a way of settling all their debts. Their daughter, Opeoluwa, is living in London, working a dead-end job while trying to open her own restaurant. When Ope decides to return to Nigeria, Mom and Dad are elated for different reasons. Dad wants her to sign the papers to sell the hotel she is destined to inherit while Mom can’t wait to marry her off. Meanwhile, Ope meets Deji, a charming young businessman with a secret that threatens her plans to restore the hotel’s fortunes. Can love survive deception and will Ope manage to fulfill her dreams? Passion can take you far but love will bring you home.

Zainab Balogun is a multitalented actress who began got her first taste of limelight as a 16-year-old model. A law graduate from the University of Kent, she founded J-ist TV to celebrate African culture and personalities. Her passion for media saw her take up a role as presenter on Ebonylife TV before making her mainstream movie appearance as Wonu in The Wedding Party & The Wedding Party 2. Her debut in a lead role sees her star opposite Kenneth Okolie in The Royal Hibiscus Hotel. 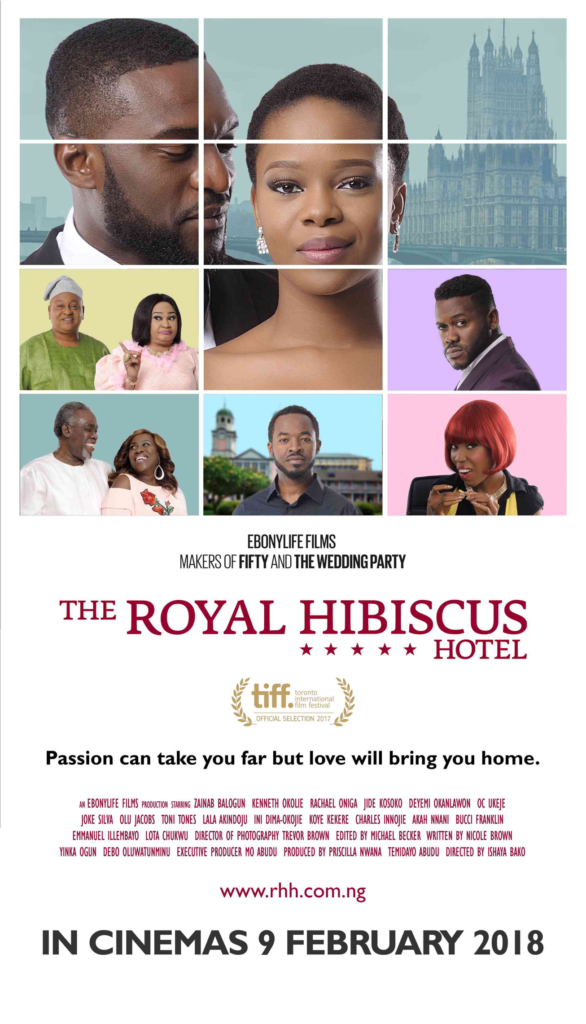 Kenneth Okolie started his career as a model having been encouraged by his friends. He went on to win Mr. Nigeria in 2010 before following this up with a second runner-up at Mister World 2010. Kenneth debuted on the silver screen with Keeping My Man in 2013.

Prince Jide Kosoko of the popular Kosoko Royal Family of Lagos Island was born January 12, 1954. In 1964, Jide Kosoko starred in a television production, Makanjuola, as a child actor. He remains one of few Nollywood actors to star in both English and Yoruba-speaking production. He studied Business Administration at Yaba College of Technology.

Known for playing motherly roles, Rachael Oniga made her acting debut in 1993 in a production called ‘Memorial Hospital’. In 1997, she featured in Owo Blow, a role which saw her stock rise as she shot to prominence. Having been credited in over 150 works as cast and crew, Rachael Oniga remains one of Nollywood’s true veterans. 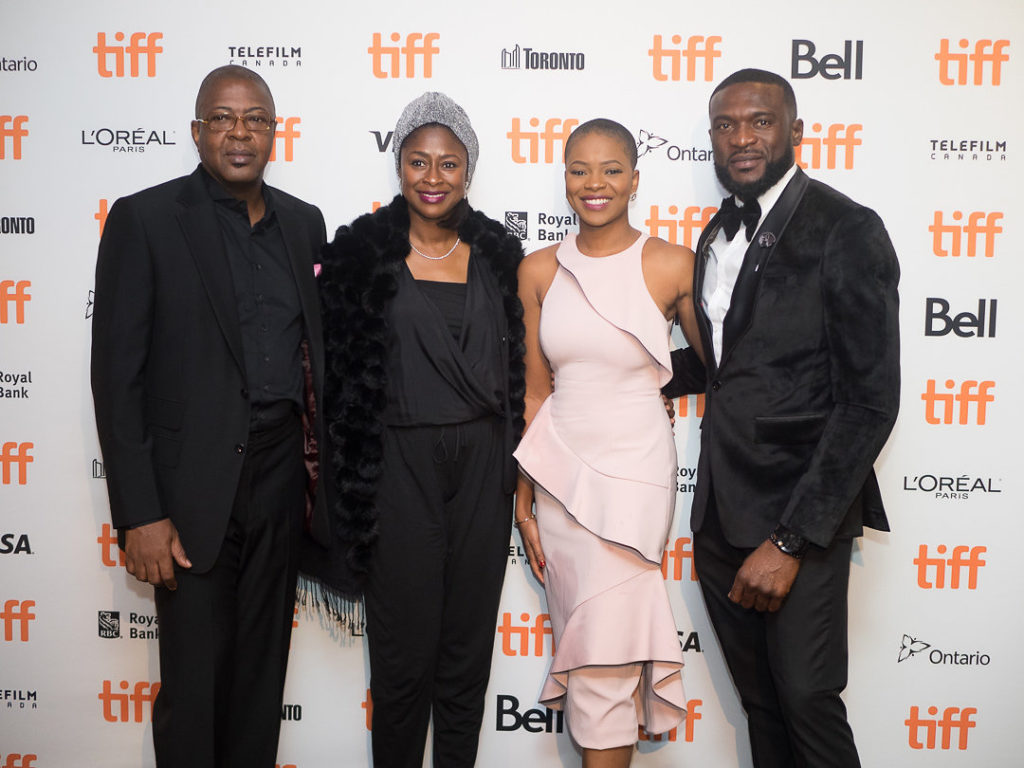 Kemi Lala Akindoju had been a stage performer since 2005 before a recent foray into the silver screen. Following her 2007 debut, she won big at The Future Awards in 2010 carting home the Actor of The Year. She achieved more success for her role in the film adaptation of Dazzling Mirage culminating in the Trailblazer Award at Africa Magic Viewers’ Choice Awards. She has appeared in over 70 stage productions.

Born Gbemi Antonia Adefoye, Toni Tones is a Nigerian photographer, singer and actor. She has appeared on TV and film and is a widely known media personality in Nigeria. She has appeared as an actor in the Web TV series “Gidi-culture”; in several films including “It’s Her Day” in 2016. She made her mainstream acting debut in The Royal Hibiscus Hotel.

Deyemi, was born and raised in Lagos, Nigeria and is fast becoming an actor of note with several his work being nominated and awarded by prominent Nigerian and Pan-African film bodies including the hit web-series GidiUp, Knock Knock and Kpians Premonition as well as short films Blink and In Iredu. By 2013 Adeyemi Okanlawon was awarded Best Actor in a Short Film at the In-Short film festival for his portrayal of a violent psychotic husband in the short film thriller, Blink.