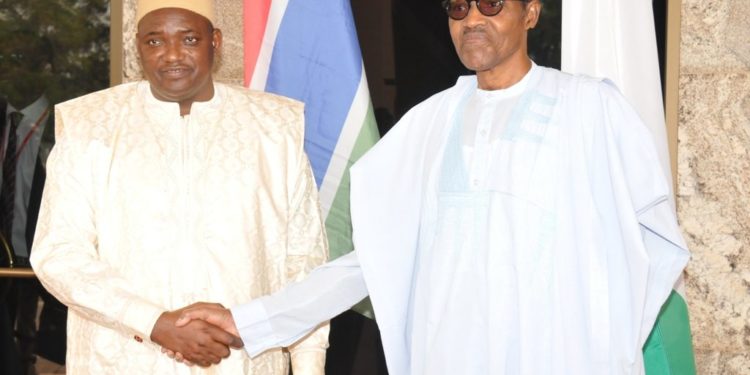 Barrow, who is the third president of Gambia is visiting Nigeria for the first time 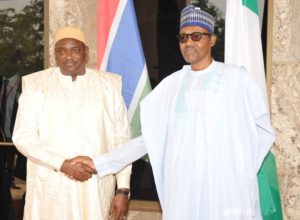 since his inauguration as Gambian President on Jan. 19, 2017 arrived the presidential villa at about 11.50a.m.

The President would be host Barrow to a lunch after bilateral discussions.

The 51-year-old Gambian president ended the rule of the longtime leader of Gambia, Yahya Jammeh, who is currently in exile in Equatorial Guinea.On his directives, Gambia began the process of returning to its membership of the Commonwealth of Nations.

Buhari played a major role in ensuring smooth democratic transition in The Gambia even when Jammeh refused to step aside.

The Economic Community of West Africa appointed Buhari the Mediator in Chief on the Gambian political impasse.