“THE BATTLE TO CHANGE AFRICA DOESN’T ONLY EXIST IN AFRICA”, SAYS CHUDE JIDEONWO 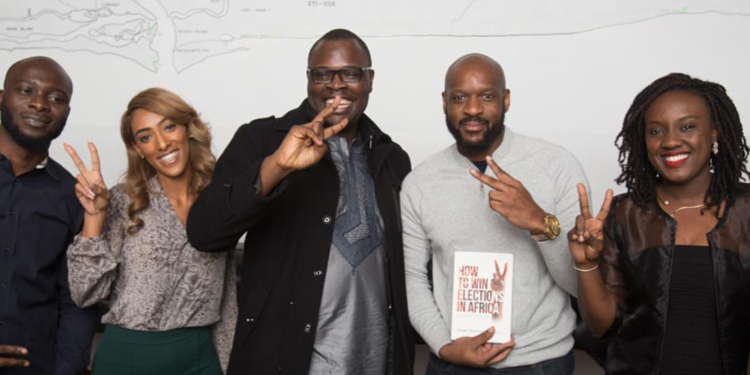 How to Win Elections in Africa: Parallels with Donald Trump, the new book by StateCraft Inc. co-founders, Chude Jideonwo and Adebola Williams, continued its tour around the United States of America with stops at the Harvard University, University of Massachusetts, Boston, and in Atlanta, Georgia on the 25, 28, and 29 November respectively.

The American tour kicked off on 8 November with the launch at Yale University and the book is resonating strongly with academic and intellectual circles. On 25 November, this year, Chude Jideonwo joined the hosts of the AfroBuzz podcast: Bebe, Nunoo and James, Remi Makanjuola, and Toks Ogun, for a chat about the lessons from the book, the unique experiences of StateCraft Inc. and its work on elections in Africa, the business of nation-building, and the urgency for a newer generation of Africans who are directly involved in the politics of the continent in their respective countries. The talk was followed by a book signing event. 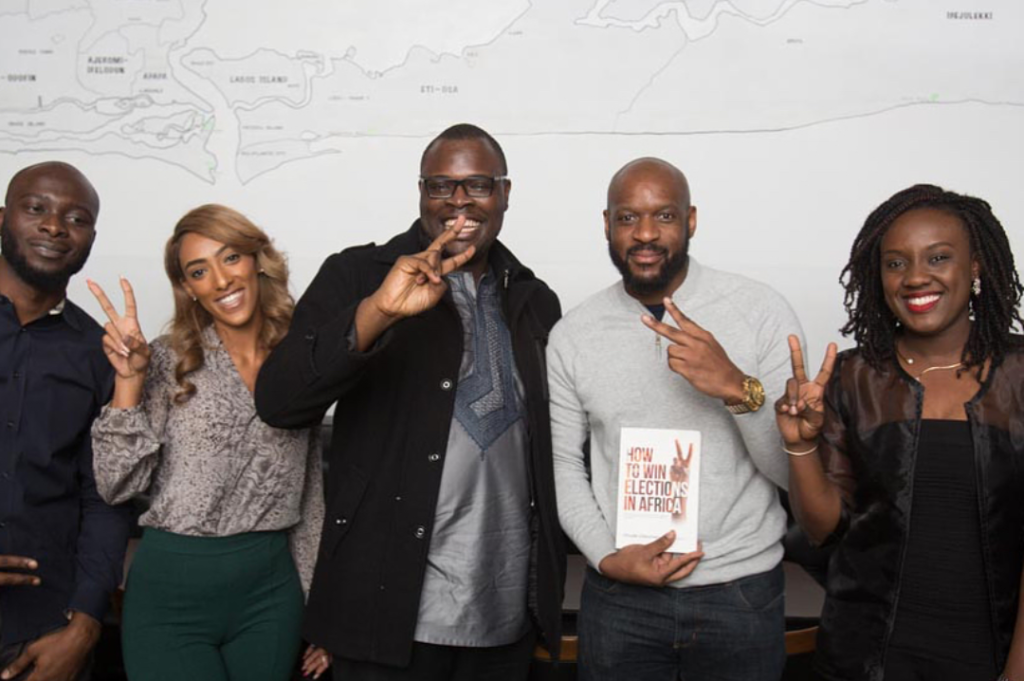 Described by Jideonwo as being “essentially about all the things that make elections happen globally and the order in which they matter or don’t matter in sub-Saharan African contexts, as seen through our experience in four national elections in three countries,” ‘How to Win’ has also become a go-to resource material on issues connected with democracy, elections and campaigns in the world. On Wednesday, 28 November, Jideonwo shared his thoughts about the parallels between America, American events and the rest of the world, especially in the context of development in an interview with the BBC Public Radio International’s The World series.

The interview preceded two further discussions: the first at the University of Massachusetts’ Center for Peace, Democracy and Development at the UMass Boston Campus Center in Boston and another at the Harvard Law School Center on the Legal Profession where Jideonwo was interviewed by Kenneth Ononeze Okwor for the Harvard African Policy Journal.

‘How to Win Elections in Africa: Parallels with Donald Trump’ United States of America book tour will continue in the coming days with book discussions in Pennsylvania and Washington D.C. on Monday, 4 and Tuesday, 5 December 2017.

The discussion in Pennsylvania will be about governance and politics in the context of building businesses and creating value in and for Africa at Lafayette College, Pennsylvania while the John Hopkins University School of Advanced International Studies will host the discussion in Washington D.C.

4 things you should absolutely do before ...