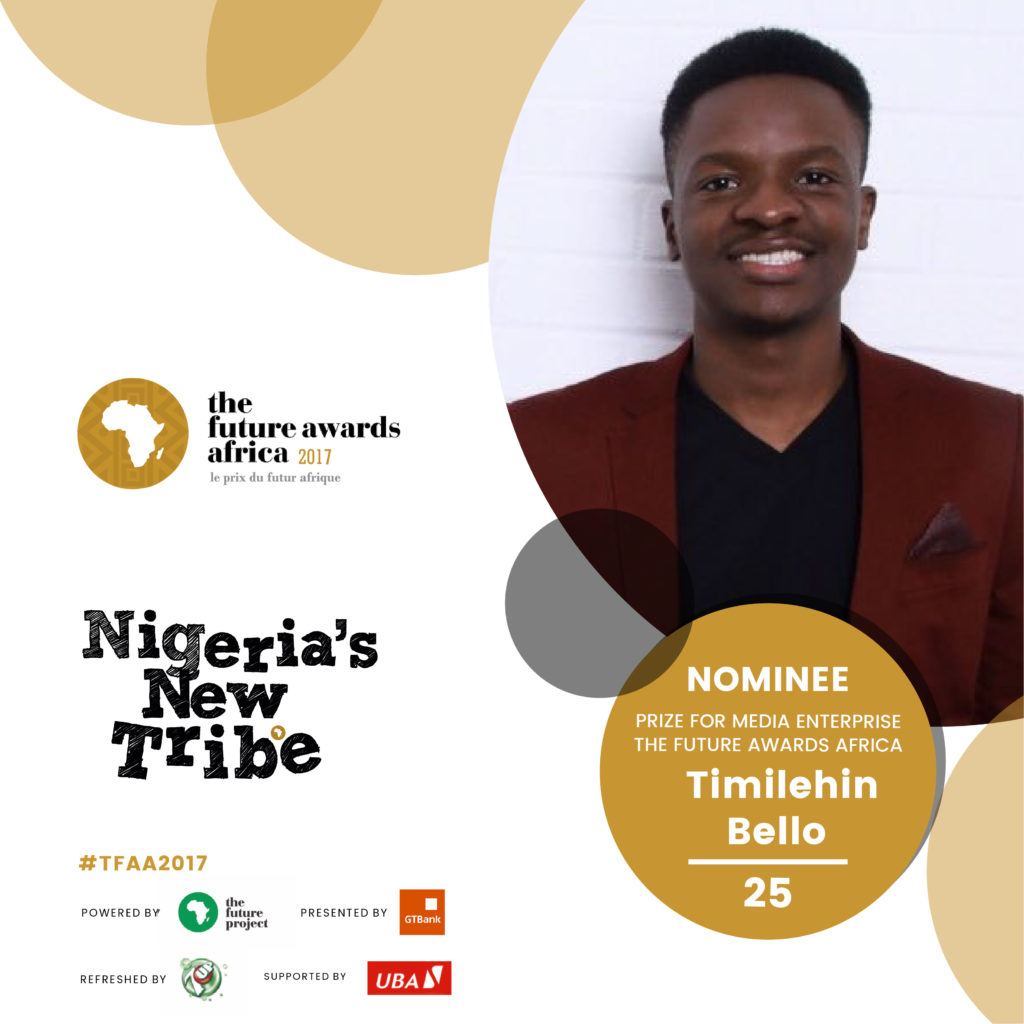 Conspicuously being the youngest in his category, Timilehin Bello relayed the news of the nomination to his copious followers in a hearty post on Instagram that reads “Oh my! This year has really been a blessing. I’m honored to be nominated for Future Awards Africa, Prize for Media Enterprise. Thank you so much, everyone, for your unending support always.”

Fans and lovers of Bello have since shown him support with several congratulating him and expressing their delight in the comments. Timilehin has been recognized for the hard work & tenacity put into running his PR company, Media Panache Nigeria which offer PR services to corporate, entertainment and events including Jumia Mall, Jumia Food, Jumia Market, Whogohost, Bank of Industry, MTN Foundation, Simplified Corporate Logistics, Alibaba, but to mention a few.

Other categories in this year’s awards include; Prize for Technology, Prize for Business, Prize for Professional Service, Prize for acting, Prize for Music, Prize in sports, among others – with several industry top guns like Ubi Franklin, Tekno, Davido, Samuel Ajibola and several others nominated across the categories.