January was a long month, it was also full of activities. A lot of issues in the entertainment scene from last year was brought into this month.
While this month was a great one for the likes of Adekunle Gold and Mercy Aigbe who had their birthdays, Ebuka who got a new offer on Big Brother Nigeria show, Bonang Matheba who released her book, Yemi Alade who released a new single and Runtown,  it was a challenging month for  the likes of Mr Eazi who made a mistake that almost cost him his career and Wizkid who had to deal with a court case. Read details below.

MR EAZI MADE ONE OF THE BIGGEST MISTAKES IN HIS CAREER
Mr Eazi who was the rave of the moment in January made a statement on twitter that angered Nigerians. He said ‘although Nigerian music is a major force in Africa the new bounce is in Ghana’. Although Mr Eazi later apologized days after he received backlash from Nigerians and his fans, the apology still didn’t go down well with everyone. In his apology he said this ‘ Just got a call, my family in Imeko are doing meeting to deport me to Ghana, abeg my Naija people no vex’. 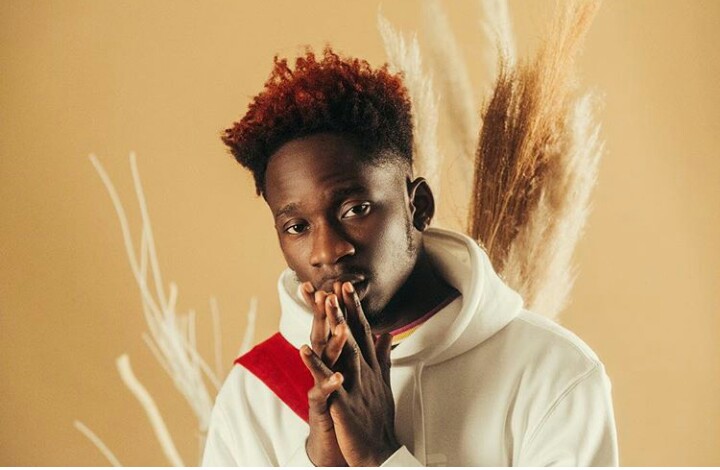 BOBRISKY’s  LOVER CAME SEARCHING FOR HIM
January 3rd this year, 35-year-old gay American sought the hand of Bobrisky in marriage. The man claimed to live in Texas and work with the National Aeronautics and space administration. He sent emails to blogger Adejoro Olumofin requesting to be hooked up with Bobrisky. In his words ‘ I have come to fall in love with someone in Nigeria, his name is Bobrisky. I love this guy so much but Nigeria is not ready for him’.

MERCY AIGBE ADDED ANOTHER YEAR
Beautiful and stylish actress Mercy Aigbe added another year on the first of January. Mercy Aigbe who clocked 38 years, released gorgeous photos of the event.

MERCY JOHNSON AND TONTO DIKEH ENDED A FEUD OF OVER 3YEARS
Beautiful Actress Tonto Dikeh who insulted Mercy Johnson about 4 years ago out of what was said to be jealousy, took to Instagram this January to ask for forgiveness from Mercy Johnson. Tonto Dikeh had insulted Mercy Johnson indirectly in a tweet saying Nollywood actress married wrongly insinuating that mercy Johnson’s quick return after giving birth to purity was because her husband was broke. She also further called mercy Johnson’s baby a ‘witch bitch’.
Her new year resolution was to bury all old hatchets plus it seemed motherhood had a positive effect on her as she just gave birth to her baby then. Here is some of what she had to say ‘ever since I had my baby, I have been reminded constantly of an ill statement I made about one of your kids a very long time ago. I want to use this medium to say I am so so sorry I sincerely apologise from the bottom of my heart I had no right to say that… I disgraced myself by saying that…
Mercy Johnson responded in less than 1hour to the post saying ‘ I’m shaking and in tears, as I read your post. I have learnt the more this morning that the holy spirit is true because by him you were in my prayers last night and this morning I am in shock. Please, I forgave you immediately king came because I knew that you would have understood how much you hurt me…I love you and I am short of words now but thank you….purity has forgiven you too….’

BLOSSOM CHUKWUJEKWU’S WIFE MAUREEN SHARED SHE MADE THE FIRST MOVE
In January the wife of top Nollywood actor Blossom Chukwujekwu took to Instagram to share a snapshot of their first Instagram chat. She revealed that she made the first move after he had liked many of her photos. In her words’ I know that it looks like I slid into this man’s dm first but the truth is he had liked like 1 million of my pictures, stalked me for too long, I just felt since he was too shy to talk to a smoking hot lady like me I’d have to help him out and 2year , 5months after……? #okbye’

DAVIDO FIRES MANAGER
Ace musician Davido, sacked his talent manager Kamal Ajiboye in January. Ajiboye had worked for Davido for six years. Davido announced that he would be managing himself for the year 2017 as he could no longer put his life in the hands of another man again. Rumor had it that Davido fired Ajiboye because of his Ajiboye’s inability to break him in, into the international market like some other musicians had done.

WIZKID ALLEGEDLY FACED 11 YEAR JAIL TERM IN UGANDA
Nigerian pop star Wizkid was issued an arrest warrant for cancelling his Uganda concert. Wizkid who had cancelled all his concerts from December 2016 to January 2017 based on health reasons and doctor’s advice was unable to fly to Uganda on the 3rd of December for his concert, yet Wizkid was said to have received performance fee of  60,000 US dollars, brokerage fee of  5000 US dollars and 3000 US dollars per diem for the days to spend in Uganda. Over 25000 Ugandans had paid for the concert in anticipation. Organisers of the event FACE TV lodged a criminal complaint against Wizkid and his manager Sunday Are. They were charged with
Obtaining money by false pretences which carries a maximum sentence of 5years
cheating which carries a maximum of 3 years
conspiracy to defraud which also carries a maximum of 3 years.
The court further revealed that substantial expenses in booking and rebooking flights, hotel, venue, advertising and promotions for the concert grossed over  300000 US dollars (over 144million).

TIWA SAVAGE  AND TEE BILLZ RECONCILE
Ace musician Tiwa Savage and her husband whose marriage hit the rocks in April 2016 on claims Teebillz made against Tiwa of infidelity settled their dispute and came back together again in January. The couple who both have a wonderful son Jamil were spotted at  Stephanie coker’s wedding and they seem to have had eyes for only each other at the event.
They were also seen celebrating with their Chinese friends on Friday, January 27, 2017, at the Chinese Year of the Cockerel. They also had their child’s dedication together in March.

EBUKA BECAME THE NEW BIG BROTHER NIGERIA HOST
Media personality, Ebuka Obi-Uchendu, who rose to fame as a contestant on the first season of Big Brother Nigeria in 2006,  was announced as the host for the comeback season of the show, Big Brother Naija in January.

Not only did she drop the single, but she released the music video too. It was directed by Ovié Étseyatsé and it amassed thousands of views on YouTube.

TOBY GREY RELEASES FRENCH VERSION OF RUNTOWN’S ” MAD OVER YOU”
Grey Nation multi-talented singer and songwriter Toby Grey with special abilities to sing in multiple languages served her version of Mad over you by Runtown in French ‘Je Suis fou de toi‘ followed by her trending video in January.

ADESUA AND BANKY W STARRED IN THE MOVIE “THE WEDDING PARTY”
The Beautiful actress, Adesua Etomi posted a funny before and after picture of herself on her Instagram page, insinuating the looks she has when she is waiting to be noticed by her crush and when he finally notices her. Banky W responded on the post with laughter and a lot of people began to wonder if he was the crush she was referring to, as  BankyW and Adesua had already starred in the movie the Wedding Party together and fans had been gushing about the chemistry between them.
Banky W later proposed marriage to Adesua in February and she accepted.

KIM KARDASHIAN GOES ON A TRIP
American media personality, Kim Kardashian who was robbed in Paris in October 2016 at gunpoint, made her first appearance since the attack. She travelled to support her friend and make up artist Mario Dedivanovic during his master class in music hall Dubai. She documented the trip on snapchat, sharing where she went and her activities on the trip on social media.

BONANG MATHEBA RELEASES HER BOOK ‘FROM A TO B’
Bonang Matheba , author and media personality launched her book titled from A to B at a private event in Sandton  city’s  Diamond walk in Johannesburg. The book is said to be a reflection  of her career, the abuse she endured in her previous relationship and her friendship with media socialite and idols judge, Somizi Mhlongo. Some fans who read the book took to twitter to voice their frustrations and disappointments saying the book was full of typos and grammatical errors.

AKA AND BONANG RELEASED SEXY  PHOTOS
South African couple Aka and Bonang released images from their new photoshoot and they were regarded as the hottest couple in the country.

GIDEON OKEKE BLASTS ACTOR  CHIWETALU AGU
Tinsel actor Gideon Okeke attacked veteran Nollywood actor Chiwetalu Agu on social media. Gideon accused Chiwetalu of using vulgar language a lot in his movies. Chiwetalu further responded that he didn’t know who Gideon was and his accusations were baseless. Gideon Okeke further urged the National Film and Video Censors Board to do something about Chiwetalu’s vulgar use of language.

ANNIE IDIBIA REVEALED SHE WANTS TO DIE WITH HER HUSBAND 2BABA
Nollywood actress Annie Idibia revealed on social media in the midst of celebrity marriages crashing that she couldn’t imagine her life without her husband 2face. She said she would love to die at the same time as him. She took to Instagram to reveal that she can not live without him.

MAYORKUN RELEASED A SONG WITH DAVIDO
Upcoming artiste Mayorkun released a music video with Davido titled ‘prayer’ it was produced by fresh beatz.

ADEKUNLE GOLD ADDED ANOTHER YEAR
Popular musician Adekunle Gold clocked 30 on the 28th of January 2017. Although according to Wikipedia he was said to be 37 years old. He was hosted by a surprise birthday party in Lekki Lagos. Sonorous singer, Simi also sent him a heartfelt birthday message. 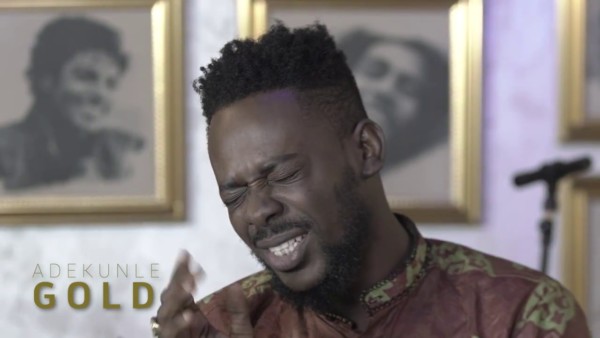 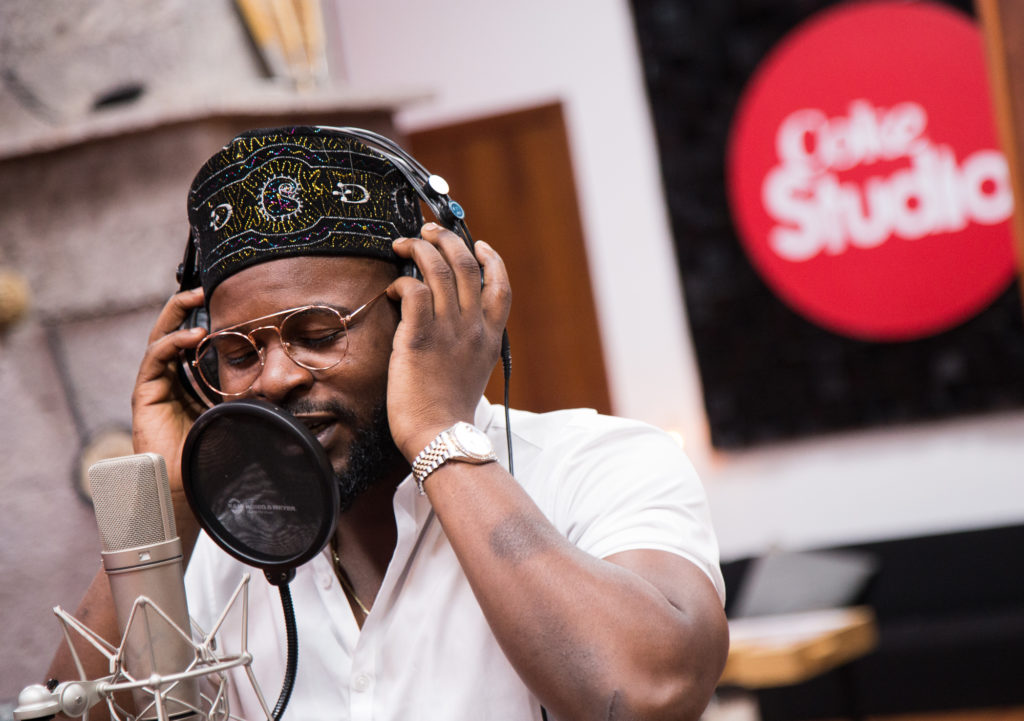 RUNTOWN  HIT SINGLE ‘MAD OVER YOU’ MADE IT TO NO 38 ON BILLBOARD CHART
Douglas Jack Agu also known as Runtown who dropped his hit single ‘mad over you’  which became a smash hit, made it to number 38 on Billboard chart in January. He joined international acts like Wyclef , Drake, Justin Bieber and others who also made it to the new chart.

SIMI SENT PASSIONATE BIRTHDAY MESSAGE TO ADEKUNLE GOLD
Sonorous singer, Simi Ogunleye sent a passionate birthday message to Adekunle Gold on his birthday despite denying a dating relationship with the musician. Here is what she sent ‘ you are amazing Adekunle, so amazing it blows me away. There are so many things that I wish and pray for you but words will never be enough. But know that nobody got you like I got you. Live long, kick ass, shine and prosper like the king you will always be. Happy birthday champ’

TOYIN ABRAHAM WAS CAUGHT KISSING SMALL DOCTOR
Actress Toyin Abraham who recently changed her surname and started shooting her new movie Alakada 3, shaved her hair for her new role. She was caught kissing singer, small doctor at the shoot of her movie. This brought about lots of comments and criticisms from some fans.

FORMER YBNL ARTISTE XINO APOLOGISED TO OLAMIDE
Former YBNL artiste Benjamin Chinedu Ahamefula also known as Xino who dumped Olamide in 2016 following allegations of abandonment and insensitivity of the YBNL management, apologized to Olamide the label boss and reconciled with him in January.

COSSY ORJIAKOR FLAUNTS B**BS AGAIN
Cossy Orjiakor, media personality known as the queen of boobs flaunted her assets on set as she took a picture with fellow actress Mercy Aigbe who like other actresses couldn’t help but gloat over cossy’s mountain of breast.