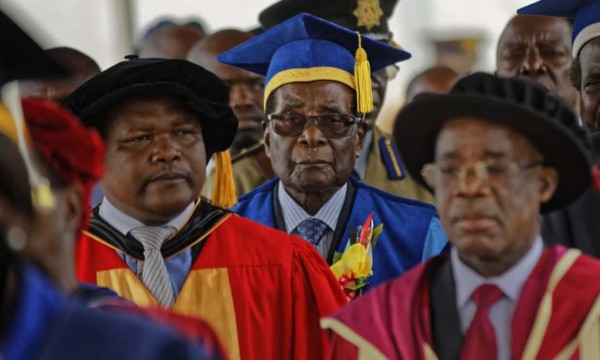 Zimbabwe President Robert Mugabe has appeared in public for the first time since the military took over the country.

Mugabe attended the graduation ceremony of the Zimbabwe Open University. He was scheduled to cap the graduands and arrived at the event flanked heavily by military men.

#Zimbabwe president Mugabe sleeping at the ZOU graduation where he is scheduled to cap students – 17 November 2017 pic.twitter.com/WNeBhugIU3