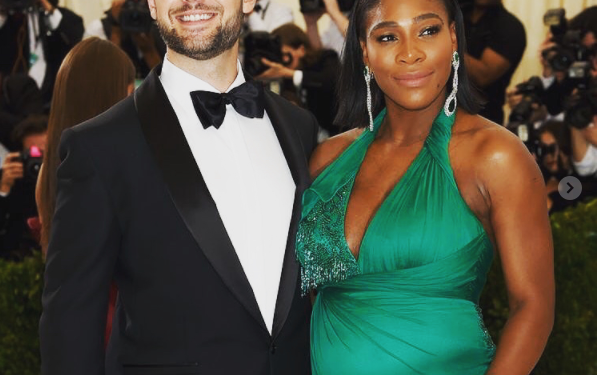 Daily Mail reports that the couple has the Contemporary Arts Center in New Orleans booked for the wedding, set to gulp $1 million.

The wedding is planned with such secrecy that even the wedding guests have no idea where its taking place, only the city.

An insider who spoke to Daily Mail’s Sebastian Shakespeare, said the couple has spared no expense in the planning of their “dream wedding.”

“They have hired the best of the best and can’t wait to get married in The Big Easy. It’s a special city for Serena and somewhere she has always loved.

Serena and Alexis chose the Contemporary Arts Center because of its incredible architecture and history. They have instructed Preston to fill the hall with thousands of dollars worth of crystals and flowers. The hall will be totally transformed.”

They had their first child, Alexis Olympia Ohanian, together in September, and she definitely will be attending the wedding, the source said.

“Alexis will have a babysitter on hand just for her the entire night.

Both parents wouldn’t dream of not having her there. She will be a part of the wedding as much as possible for an 11-week-old. They are totally and utterly besotted with her.”

About 250 guests which include Beyonce, JAY-Z, Eva Longoria, Kris Jenner, Ciara and Meghan Markle are expected at the wedding, and they are all banned from using mobile phones and other electronic devices at the wedding.

This is because Serena has reportedly signed an exclusive deal with Anna Wintour, editor-in-chief at Vogue, for the magazine to run the wedding photos.