OSG Admin
0
Football legend, Cristiano Ronaldo is a father again!
The Real Madrid star announced the birth of his first child with girlfriend, Georgina Rodriguez.
Ronaldo confirmed the happy news on Sunday evening via Instagram with a family photo taken at the Hospital. 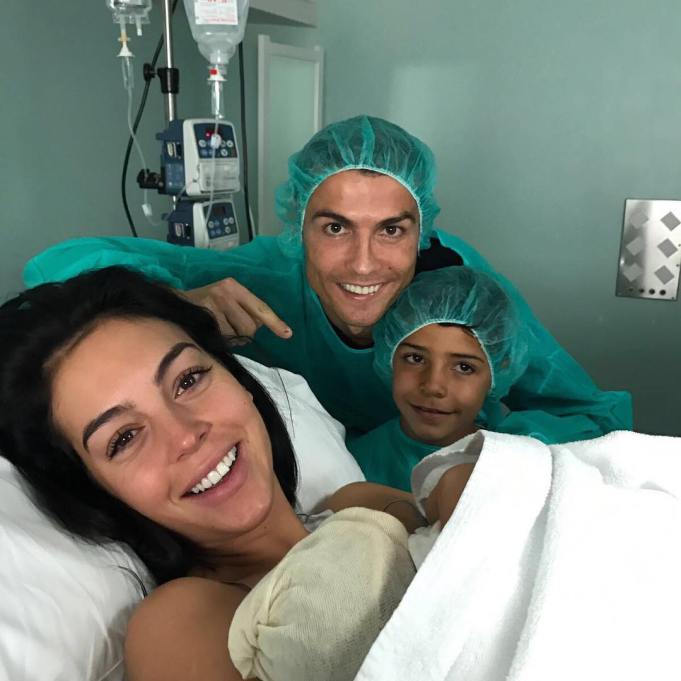 Photo of Georgina Rodriguez, Ronaldo and Junior at the hospital

Which according to Google translate is in English,

Alana Martina has just been born! Both Geo and Alana are doing great! We are all very happy!

Alana, who cannot be seen in the picture, is Ronaldo’s fourth child.
She joins a family that recently welcomed the addition of twins, Eva Maria and Mateo, from a surrogate mother in the United States.