Okiemute has announced her intentions to hold ‘Thank You Concert’ this November. Okiemute Ighorodje known by her stage name OKIEMUTE, is a Nigerian singer-songwriter and performer. 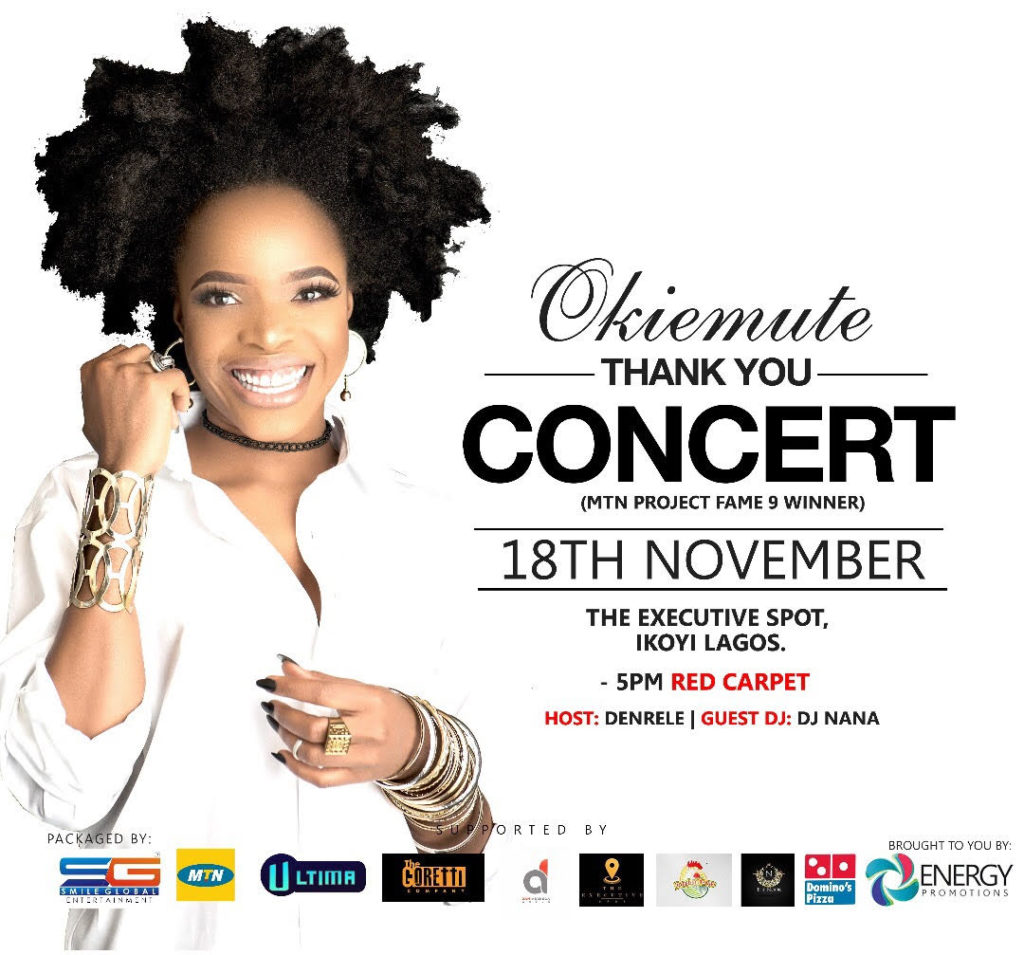 She rose to stardom as a contestant on MTN Project Fame West Africa. With her strong voice and cheerful personality, she was voted winner of the competition when it ended in September 2016.

Since then, she has been developing herself by releasing songs and an EP (PH610TheEP) recently which is receiving massive airplay on Radio stations with notable social media buzz nationwide.

Being an amazing talent to sought out for and a grateful soul to reckon with, Okiemute deem it fit to create this avenue to appreciate everyone who supported her with love to her rise to stardom – From MTN, to Ultima Studio, to her Fans, to her Friends & Family, to her Loved ones & her Management/Team.

Hence, Okiemute is the first MTN Project Fame West Africa Winner to come up with this glorifying idea, in essence, to say ‘Thank You’.

In lieu of this, she Thank You concert tagged #OkiemuteThankYouConcert is set to hold on the 18th of November, 2017 at The Executive Spot, Ikoyi Lagos by 5 pm!

This Event is Proudly supported by MTN NIGERIA

This Event is Packaged & Brought to you by Smile Global, Energy Promotions & DAMI ADENUGA WORLD

I’m in the Process of Suing Churchill ...