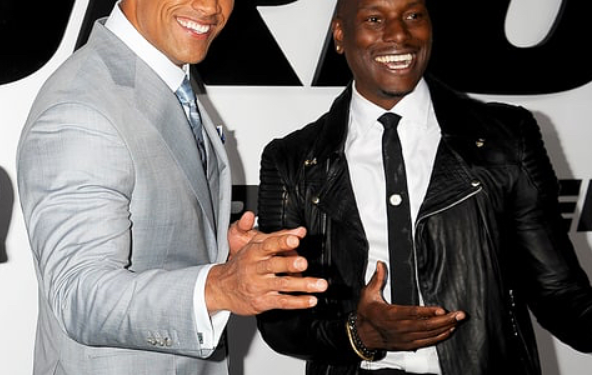 American actor, Tyrese Gibson has threatened to quit the “Fast and the Furious” franchise amid his ongoing feud with co-star Dwayne Johnson.

Gibson posted on Instagram telling his loyal fans and loved ones that he won’t appear in “Fast 9” if Johnson (aka The Rock) is involved.

His words: “I’m sorry to announce that if Dwayne is in Fast 9, there will no more Roman (Pearce). ” You mess with family and my daughter’s survival I mess with yours,” Gibson captioned a selfie of himself, Johnson, and Vin Diesel.

Gibson is currently in a legal battle with his ex-wife over custody of their daughter.

This latest rant comes after Gibson criticized Johnson on Instagram in October when Universal Pictures announced the ninth “Fast” installment was being pushed back a year to accommodate a spinoff around Dwayne Johnson and Jason Statham’s characters.